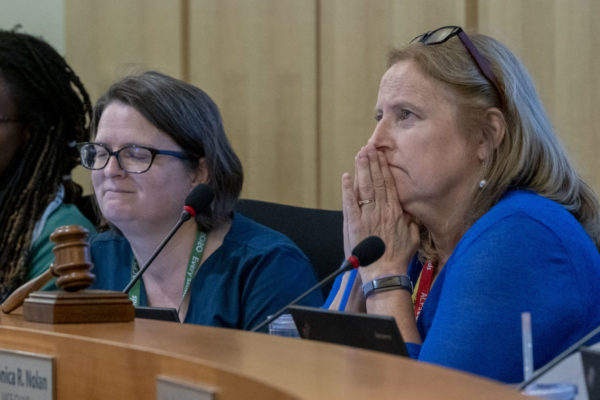 Alexandria City Public Schools will not comment on assertions made by the former ACPS Chief Operating Officer Mignon Anthony, who lambasted the school system and the leadership of Superintendent Gregory Huthings, Jr. in a scathing opinion letter published by the Alexandria Times.

Anthony apologized for not fulfilling promises made when she started her job in January 2018, and said that the tide turned against her after raising concerns over de-escalating transportation employee complaints. She also that ACPS leadership is unstable and that it “does not serve our students or educators well.”

“At this critical time, when ACPS needs the voice and solutions of every demonstrated leader and change-agent mind, what you actually have behind the scenes is a hurt and confused, disappointed, insecure, silenced and desperately hard-working staff,” Anthony wrote. “This seems to be the ACPS legacy.”

Helen Lloyd, the ACPS director of communications, told ALX now that it is a personnel matter and that she could not comment on it.

ALXnow also reached out to School Board Chair Cindy Anderson but did not receive a reply.

“On July 1, 2020, in one fell swoop, ACPS is beginning a new fiscal year without a chief  operating officer, chief human resources officer, director of transportation, director of safety and security as well as the director of procurement, who recently resigned,” Anthony wrote. “I fear others may be contemplating escape or a protective posture – meaning, only do what you are told.”

Mayor Justin Wilson wrote on Facebook that he is aware of much of the issues raised by Anthony.

“There is a lot in that letter that concerns me,” Wilson said. “Much of it, I am aware of. I have expressed those concerns to those who can address the concerns.”

The school board has two public hearings this week on the potential reopening of the school system this fall.