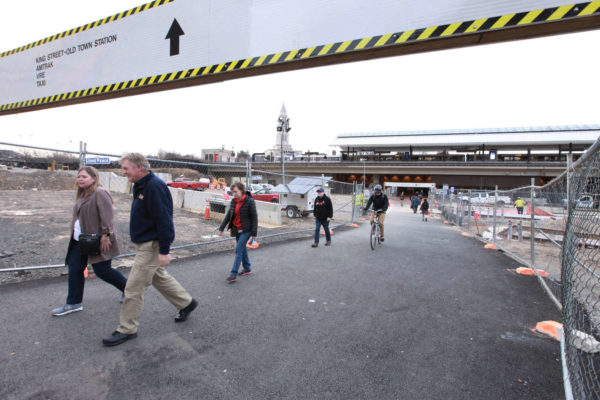 The completion of the King Street-Old Town Metro Access Improvements Project will likely be delayed past August, but it’s not clear for how long.

“This project is continuing forward,” Terry Suehr, the city’s director of the Department of Project Implementation, told City Council on Tuesday night. “The contractor continues to report that they are on schedule and are showing the schedule that shows them completing in August, but based on our observations of the progress that they’re making we suspect that they will not finish in August, so just notifying you all that we we do suspect that there will either be requesting extensions or we’ll be having to deal with contract measures to penalize them for not finishing on time.”

Mayor Justin Wilson said he hopes the city will be recouped for additional extensions due to the delay.

The construction project has nearly completely taken over the entrance to the Metro station, and has redirected bus bays and eliminated the metered parking and kiss & ride areas.

The first phase was supposed to be finished in March, but the start of construction was delayed by two months. It included the opening of a brand new bus loop. The second phase includes lighting and landscape improvements, a new kiss & ride and areas for car shares, taxis and shuttles.

This project has been in the works since 2006. The city council and planning commission approved the design concept in 2012, and the project is part of the city’s Vision Zero initiative by aiming to provide a safer and visually appealing environment for pedestrians, cyclists and transit riders.