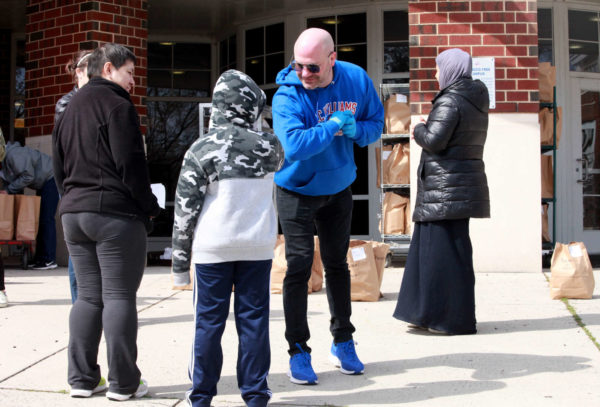 One thing is clear: Alexandria City Public Schools won’t be the same if they reopen this fall, according to School Board Chair Cindy Anderson.

On Friday, the board will receive information on the school system’s reopening planning after shutting down in-person learning completely in March. Since that time, everything has been online, including classes, parent/teacher conferences and school board meetings. The plan itself is still in development.

But social distancing requirements will likely mean that there will be a rotation of students who will go to school every week, while other students remain home, Anderson said.

“You’re only supposed to have one student per seat on every other seat on a bus,” Anderson told ALXnow. “You can see that that’s not going to mean business as usual.”

There are 15,000 students in ACPS and the plan is due to be turned into the Virginia Department of Education next month. The hope, Anderson said, is to reopen a modified school schedule in September.

“Most likely there will be a certain percentage attending on a given day or at a given time,” Anderson said. “There are lots of ways that maybe the students will be doing less moving and the teachers more. We’ve got to think of it in a whole different way.”

Still, Anderson also said there is still the possibility that the school system will be completely virtual in the fall depending on the direction that the coronavirus takes in the city and throughout the state.

There will be virtual public hearings on the matter on July 10, August 6 and 7. The plan will also be discussed at the June 26, July 10, July 17, and August 7 meetings. The deadline to get the finalized reopening plan to the state is August 14.