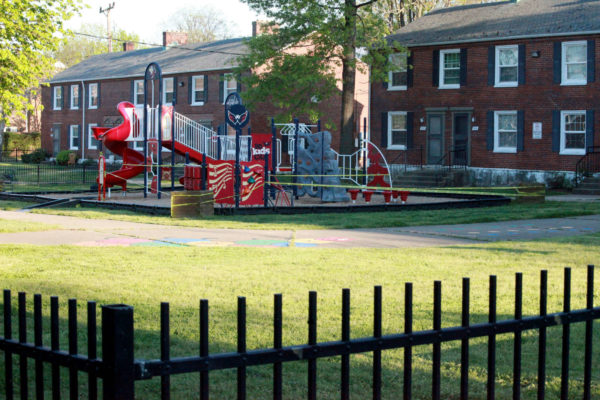 After some early concerns and criticisms, the Alexandria Redevelopment Housing Authority‘s resident community praised the organization’s leadership and swift action through the pandemic, and vice-versa.

Kevin Harris, the president of the Public Housing Resident Association in Alexandria, praised ARHA’s leadership and CEO Keith Pettigrew in particular. Harris and Jeremy McClayton, an associate organizer with Virginians Organized for Interfaith Community Engagement, said it was a stark contrast to earlier experiences with ARHA.

“In ARHA is used to be that [residents] had to organize to make sure people weren’t living in black mold,” McClayton said. “It’s been a big turnaround.”

Harris said those residents organizing under the old ARHA also timed perfectly with new leadership coming into the association.

“It was a perfect storm,” Harris said. “As we were organizing, there was a changeover in ARHA and Keith really started out on the right foot… The pandemic wasn’t good, but as much as you’re able to help people: they did.”

So far, ARHA has no confirmed deaths from COVID-19. Pettigrew said he remains cautious about the path forward and a potential second wave, but said it was an overabundance of caution that left ARHA in a better place than some regional partners with the pandemic started.

“In terms of PPE, when [coronavirus] first hit in March and I told the staff we needed to get PPE like masks, even hazmat suits,” Pettigrew said. “At first, people were like ‘masks and suits?’ Then a month later were calling like ‘do you have any extras?'”

Pettigrew credits some of his caution to the five years he spent working in housing in New Orleans, which he said helped prepare him for the kind of mobilization and flexibility the pandemic required. Hurricanes, Pettigrew said, were also a situation where housing organizations needed to mobilize and rapidly improvise to deal with changing situations.

Harris said one of the most helpful areas ARHA implemented rapidly was pushing back rent due dates and recertification — which meant that anyone who lost their income could file a notice to ARHA and they would not be charging rent. ARHA not only offered rapid and accessible online recertification, but Harris credited the organization with working to make sure residents throughout the various communities understood what was needed and could be guided through the process.

“It was a matter of getting the information,” Harrs said. “They had staff members knocking door to door. They were helpful in making sure that residents got outside services as well.”

“I have a great team,” Pettigrew said. “We canvassed neighborhoods and used the email database that we built. We had a three-pronged attack in terms of communicating.”

Some of the transition to digital forms of payment and recertification had already been planned for this spring, Pettigrew said, but COVID-19 forced ARHA to accelerate that timeline.

Pettigrew said some of the new precautions didn’t come without pushback. Elderly communities in Alexandria were particularly at risk of the virus. Harris said he had family, and several staff members had family, who were killed by coronavirus — prompting concern about seniors in ARHA and new security measures at the senior living facility Ladrey.

“It’s tragic what’s going on in nursing homes,” Pettigrew said. “I put Ladrey in 24-hour security. Initially, they didn’t like it, but I met with them before we did it. [COVID-19] is a silent killer, no one knows who has it. So we need to know who is coming in and out of the building.”

Pettigrew said the pandemic has taken a toll on staff, who are concerned about not only keeping residents safe but also dealing with the safety of their own families while their work risks putting them in direct contact with possible infections.

“Our staff are out on the front lines,” Pettigrew said. “We don’t get the luxury of not interacting with our residents, regardless of how scared you may be of contracting [COVID-19]. We can practice safeties of social distancing, but we still have to serve people. That takes its toll mentally because you don’t know who has it or how you’ll get it.”

Now, Harris and Pettigrew both said their attention has turned to helping residents through the recovery. ARHA residents received some support from CARES Act funding the city dedicated to rent support for ARHA residents.

“Right now, it’s about making sure we are able to get in and have good contact with residents in terms of jobs and different things like that, making sure people are able to transition,” Harris said. “The big thing, once all of this ends — the doors are open now you can come back, but it’s not easy for everybody. We want to make sure the transition is smooth for residents, seeing what they need help with, those sorts of things. It’s about really looking to making sure people have work and adequate income.”

For Pettigrew, that will mean continuing to be diligent about providing PPE to residents and staff. Pettigrew said there are plans to continue giving out PPE like masks, gloves and hand sanitizer to residents for the rest of the year.

Like other organizations, though, Pettigrew said telework is here to stay.

As ARHA starts to recover, Harris said the cooperation between residents and the housing authority also emphasized the importance of keeping the residents together as a cohesive, organized voice.

“To residents of other public housing, I would say: organize,” Harris said. “Understand that they have a voice, that they have power in collectiveness, and to get civically engaged. That’s a huge component in strengthening your voice and being able to have a relationship and be involved in the platforms and areas where decisions are going to be made.”

Harris said he was proud of ARHA’s residents for stepping up and weathering the pandemic.

“I take my hat off to residents,” Harris said. “They mobilized and they were really working, going out in the rain and knocking on doors. That’s a big part. There’s a false narrative that’s pushed of thinking that no one cares what we think. In the end, it does matter.”