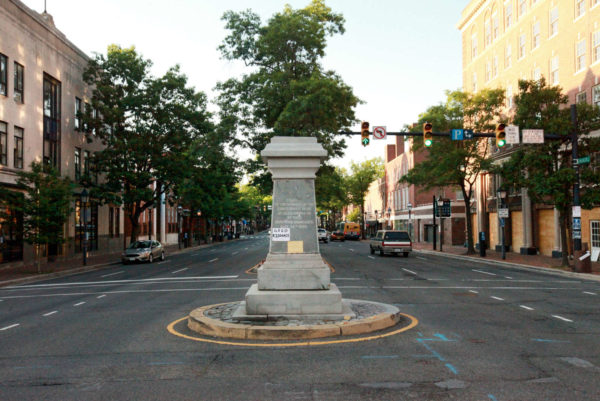 After years of controversy and discussion, the Appomattox statue in the Prince and S. Washington Street was removed earlier this week by the United Daughters of the Confederacy, but the base of the statue remains at the intersection.

New state legislation authorizing its removal by the city, and years of petitioning by the city to do just that, mean the statue is unlikely to return. What will happen next to the space where the statue was is unclear.

Some on social media suggested the statue should be replaced with a local civil rights leader, a method that has been done in other localities to celebrate black leadership in America and as a rebuke to the Confederacy’s inextricable ties to slavery. Suggested replacements included Samuel Tucker, a local civil rights leader who helped orchestrate one of the first sit-in strikes of the movement.

Beyond just the concerns about racial injustice, though, the statue was also widely considered a traffic hazard. The statue was hit a few times, including one incident in December.