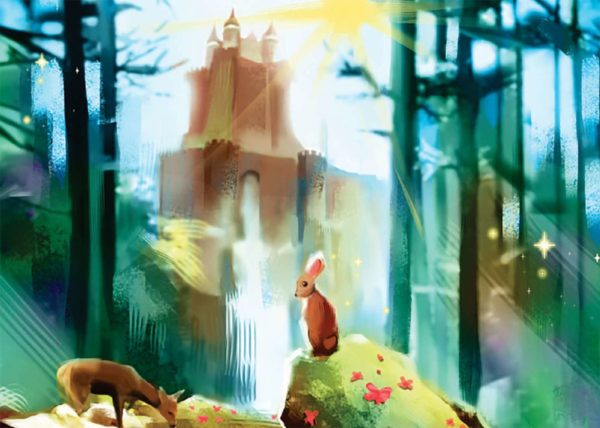 Like many Alexandrians, Gina Flynn has been stuck at home because of the pandemic, and she hasn’t spent time with Amir, her three-year-old grandson living in Philadelphia. She decided to write him a kids’ book called The Imaginary Castle on staying safe at home, coping with the absence of friends and the importance of developing young imaginations.

“He’s an only child and he’s lonely,” Flynn told ALXnow. “A lot of times we don’t think that young kids really understand what’s going on, but they do know something is happening. I think it’s our duty to talk to them and try to explain things.”

Amir’s nickname for his grandmother is “Gigi,” which Flynn used as her pen name for the book. The project took a number of weeks to finish, and Flynn self-published with BookBaby. The book, which is meant for young children, was officially released on May 23. 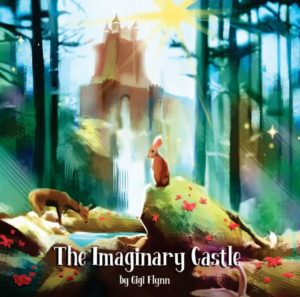 Flynn worked for the Department of Defense and the U.S. Department of Homeland Security as a project manager for nearly 40 years before retiring in 2016. She is a lifelong reader and this is her first attempt at writing a book. While sleeping one night, she ended up having a dream that inspired her.

“I literally had a dream where I heard Amir’s mother talk about the pandemic, and I woke up and I said, ‘I need to write a book,'” Flynn said. “It’s about two little kids, Ethan and Ava, and they’re lonely. The first page shows them looking out the window at the playground and they really want to go play with their friends, but mom says they can’t because of this thing called a virus, and then I describe what a virus is in terms that they can understand.”

In the book, the mother then tells her children to use their imaginations, which the kids look for all around the house, before deciding to build a castle out of cardboard boxes.

“The castle then turns into an imaginary stone castle with flying unicorns and fire-breathing dragons, and they’re just standing there looking at it, not realizing that this is their imaginations,” Flynn said. “I just feel like using your imagination builds self-confidence.”

“I sent his mom the book and she has had to read it over and over,” Flynn said. “Amir keeps saying, ‘Mommy, read it again.'”

Flynn said that the book is the first in a series that she is now writing to help kids deal with tough times.

“We’re so divisive in this country right now, and I think I want to do something to talk about how to accept other people and their differences,” she said. “During these times of uncertainty, of having to social distance, younger kids can be afraid and may not talk about it. We need to actually sit them down and explain things to them the best we can.”

Images courtesy of the author