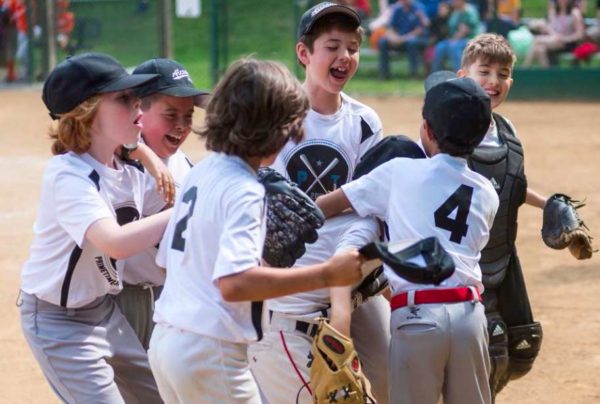 Even though Alexandria Little Leaguers won’t be knocking the covers off baseballs this season, their organization has raised $15,850 so that local nonprofits can provide emergency food assistance in the city.

Alexandria Little League raised the money in a GoFundMe campaign, and funds were divided between ALIVE! and Feed The Fight Alexandria, which gives food to local hospitals. The organization also received some help from a local church.

“Del Ray United Methodist Church partnered with us by matching the second $5000 with their own check for $5000. Which brought us to the total of $15,500 which we distributed over the weekend,” Alexandria Little League president Sherry Reilly told ALXnow.

Jennifer Ayers, the executive director of ALIVE! spoke to ALXnow as she held a check for $7753.40, which was awarded on Giving Tuesday on May 5. ALIVE! did not participate in Giving Tuesday because it received more than $145,000 in the Spring2ACTion fundraiser on April 15, and Ayers said she appreciated the support.