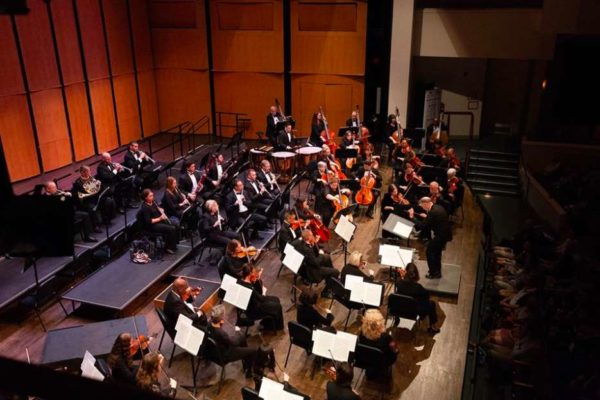 Here’s something to look forward to: When the pandemic is over, the Alexandria Symphony Orchestra plans to kick off its next season with Beethoven’s triumphant Symphony No. 9.

That concert is planned for Saturday, October 3, at the Rachel M. Schlesinger Concert Hall and Arts Center, but in the meantime, the 85-person orchestra just canceled the remainder of its performances for its 76th season, including on May 16 and 17 and the “Brandenburgs & Brew” concert on June 12.

“These are extraordinary times, and we all must do our part to slow the spread of this virus not only for our community but also for our first responders and health care professionals,” ASO Board President Melynda Wilcox said in a press release. “When it’s safe, the ASO will be back on stage, ready to inspire our audiences with exciting programs.”

In order to protect the health and safety of its audiences, staff and musicians, the Alexandria Symphony Orchestra is…

The jury is still out on whether the group will play at the city’s annual birthday celebration on the Alexandria waterfront in July.

ASO Music Director Jim Ross was hired nearly two years ago, and last season’s performances were largely laid out for him, leaving this season to be entirely his creation. What resulted was a season of fresh and classical music that included works from Aaron Copland, Sergei Rachmaninov, Johannes Brahms and William Grant Still. The final seasonal performances would have introduced audiences to its ASO Sympatico youth program, with youngsters playing along with the symphony to original work by the Baltimore Symphony Orchestra’s percussionist Brian Prechtl.

“My job is to continue to be a musician even though I can’t get up in front of people and wave my arms around, which is what I’m supposed to do,” Ross told ALXnow.

Instead Ross is at home managing the orchestra, which can’t rehearse because of the governor’s order against gatherings of 10 or more people. He’s also posting daily musical selections for folks to listen to at home.

“Music has its own power all by itself, even if nobody hears it, and every single day I post a little introduction by me, and at first they were going to be pieces of comfort to give people solace in the midst of the fears and anxieties around us,” he said. “It’s loosened up now so that it’s a little bit more varied. Sometimes there’s crazy, like hallelujah kind of things.”

ASO's Sounds for These Times from Maestro Jim: "This invention of the valved horn back in the early 19th century gave…

Before joining ASO, Ross was the Orchestra Director of the National Youth Orchestra – USA at Carnegie Hall, taught conducting at the Juilliard School at Lincoln Center, was the music director of the Yale Symphony Orchestra, and spent 16 years at the University of Maryland at College Park as a professor and director of orchestral activities.

Incidentally, the upcoming performance of Beethoven’s Ninth will include vocals from the Alexandria Choral Society.

As it turns out, Ross has a peculiar history with Beethoven’s Symphony No. 9.

“Two times I have started the season with Beethoven 9,” Ross said. “The very first time was when I started at the University of Maryland. It was my inaugural concert, and two things happened — the 9/11 attacks and a tornado that blew through campus. The other second time that I did Beethoven 9 was when I was working with the Orquesta Sinfónica de Galicia in Spain, and the concert was about a week and a half before the referendum on Catalan independence. It was so politically fraught and powerful, and the audience treated it like a political rally. And so now this is the third time I decided to start with Beethoven 9.”