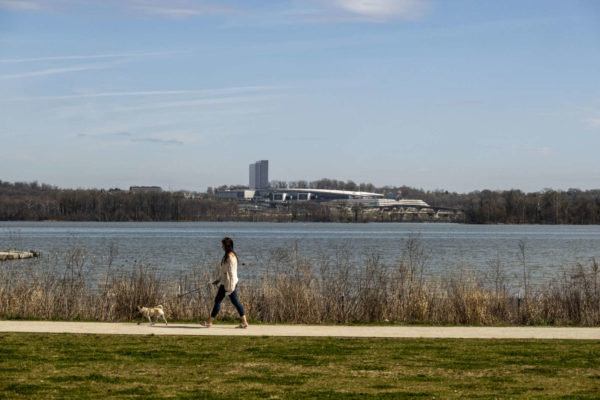 Two women in kayaks were rescued from the Potomac River on Saturday by the Alexandria Fire Department’s Fire Boat 201, in addition to responders from U.S. Park Police and the Washington D.C. Harbor Patrol.

The incident occurred a little after 2 p.m. on Saturday. It was about 60 degrees that day with 20 mile-per-hour winds, and the young women were having trouble getting their kayaks upright, according to AFD.

“They were both wearing life jackets and first responders were able to rescue them before they experienced serious distress in the water,” AFD spokeswoman Raytevia Evans told ALXnow. “Paramedics evaluated both patients to ensure they weren’t showing symptoms of hypothermia or other medical issues caused by the incidents. They were cleared by the paramedics and opted not to be transported to the hospital.”

Two weeks ago, the body of a District man was found floating in the Potomac downriver near Founders Park.

#DCsBravest Fireboat 3 is currently assisting @AlexandriaVAFD with 2 people in the water at the Washington Sailing Marina. Both have been removed & will be evaluated by Alexandria EMS. @DCPoliceDept Harbor units & @MWAA FD airboat also on scene. Partners in public safety.