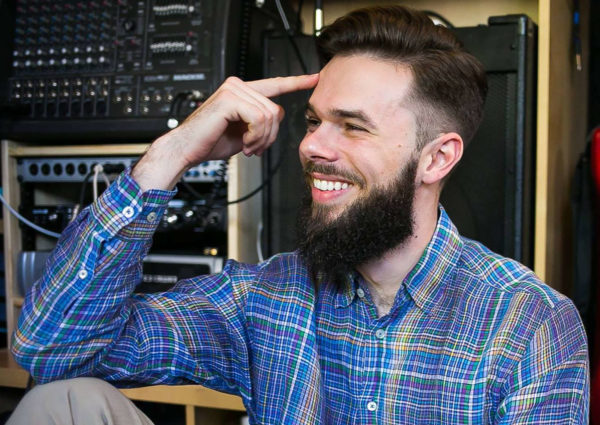 These days, Del Ray jazz musician Jack Kilby is so busy in his home studio that he can hardly leave the house, which is convenient during a pandemic.

The 30-year-old award-winning bandleader, musician and arranger is working on three sound projects for clients at his Crab Shack Music studio and teaching music students privately and for Rock of Ages Music. Kilby, who was raised in Alexandria and graduated at T.C. Williams High School before attending the University of Virginia, plays piano, drums and trumpet.

Kilby’s album “Love is a Song Anyone Can Sing” was awarded the 2019 Wammie Award for Best Jazz Album. For now, his six-piece band, Jack Kilby and the Front Line, is on hiatus. He is also the drummer for National Baptist Memorial Church in D.C., which has continued to pay its musicians even though it is shuttered.

“One downside is I haven’t been able to have anybody track in the studio, which has been a bummer,” Kilby said. “I just feel fortunate that it’s really just an opportunity for me to get better, to sharpen those skills so that when we can interact with folks again, my studio will be a better place for them to make music, and I will have spent the time productively rather than watching a bunch of TV.”

Kilby added, “I mean, it’s kind of weird. This is definitely an introvert world to live in right now, and I feel great.”