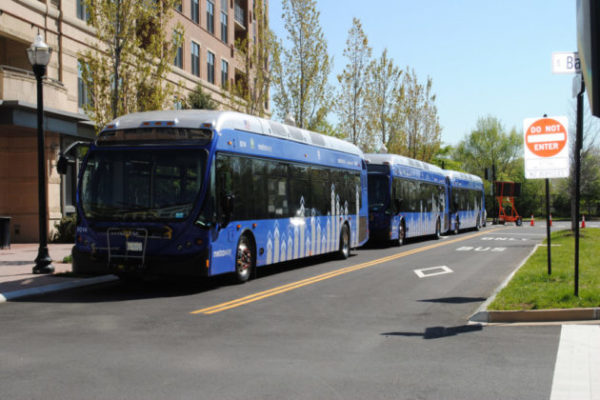 In addition to a series bus line closures due to coronavirus, Metro is suspending service of Metroway-Potomac Yard — a bus line running between Pentagon City and Braddock Road.

The Metroway runs between Arlington and Alexandria through Crystal City and the Potomac Yard Shopping Center. The move comes after a day after Metro shut down several stations, including the Eisenhower Avenue and Van Dorn stations in Alexandria.

Andrew Kierig, Vice-Chair of the Riders’ Advisory Council, said he was concerned about the bus line closures but understood the reasoning.

“The Riders’ Advisory Council is deeply concerned about the impact these service changes are having on those who have no other alternative to get to work,” Kierig said. “At the same time, we’re also concerned about the health and wellbeing of Metro’s frontline employees.”

Kierig said another concern surrounding bus line closures was the ability of riders living in food deserts [places without access to affordable and nutritious food] when they live far from grocery stores.

“We’re concerned about the ability of those folks to get the supplies they need to make it through this thing alright,” Kierig said.

Granted, Kierig noted that this was less of a concern for the ridership of the Metroway, which tends to be from more affluent communities in Crystal City and Potomac Yard. For many riders, though, Kierig said the line is a quick and efficient way to get to the popular Target at Potomac Yard.

Read more →
More Stories
Ask McEnearney: I Need to Get a Mortgage — When, Where and How?Spring2ACTion Fundraiser Moved Two Weeks Earlier to April 15