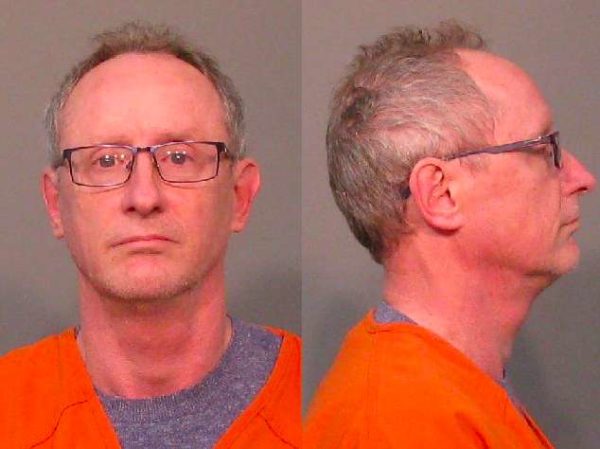 A 59-year-old Alexandria man has been arrested and is in a North Carolina jail for alleged sexual contact with a 16-year-old girl.

John DiGeronimo, an electrical engineer who worked at the U.S. Patent and Trademark Office, is accused of dropping off packets of pornography — depicting the the 16-year-old engaging in sexual activity with a much older man in front of her high school — in front of her house and in front of her boyfriend’s house.

The packets were delivered on Feb. 28, and include handwritten links to a web page with more illicit images of the victim, according to police.

Additionally, DiGeronimo has been accused of breaking into the girl’s house and stealing gifts that he allegedly gave her.

DiGeronimo was arrested at home in the Landmark area on March 6, and the following day was transported to jail in York County, South Carolina. He has been charged with multiple counts of criminal sexual conduct with a minor, sexual exploitation of a minor and burglary.

“[T]he suspect in this case recorded and manufactured images/videos of he and the victim engaged in sexual activity at the victim’s residence,” according to the Alexandria police search warrant affidavit. “When outside the residence, the suspect would provide a tent for cover and would cover the tent with a tarp to prevent light from escaping.”

The victim told police that she knew the suspect as “George Smith,” that they met on Snapchat, began having a sexual relationship in 2018, and that they broke up this past January, according to documents. The suspect also allegedly bought the girl a number of gifts, including sex toys and jewelry, and is accused of filming their activities with his cell phone.

Police, after interviewing the victim, went to collect evidence at her house and found that it had been robbed.

“It was discovered at the time that someone had entered the residence and removed all of the items gifted to the victim with the exception of one of the necklaces,” notes the search warrant affidavit. “Victim advised the only other person who knew where the items were as the George Smith suspect. She was able to find one of the necklaces, which was left in her bathroom and appeared to match a necklace observed in one of the images.”

Police located DiGeronimo by linking the IP address for the Snapchat user George Smith. According to police, a search of DiGeronimo’s apartment yielded a bag with sex items, ziplock baggies with hair labeled in the name of the victim, letters and cards, journal entries, photos and notes.