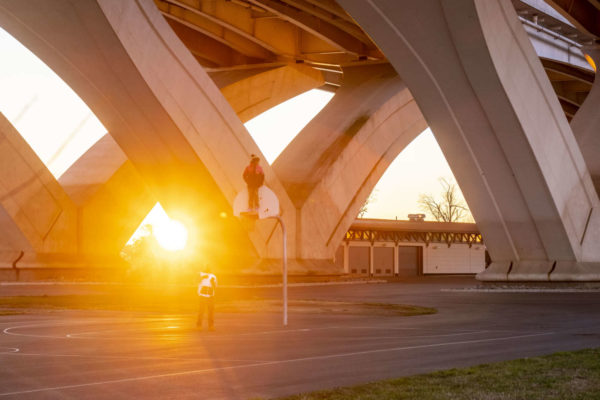 Questions About Homicide Arrest at T.C. — “Because Aly’s arrest was part of an ongoing criminal investigation, Virginia State Police, the lead law enforcement agency on the case, haven’t released details about his connection to the crime. But some parents and students have sought answers to different questions: Why did the arrest take place at school, and what happened at the school that day?” [Alexandria Times]

Controlled Burn Leads to Hazy Sunday — Across much of the D.C. area Sunday afternoon, smoke from a controlled burn at Marine Corps Base Quantico led to temporary hazy conditions outside and a “campfire” smell. [ARLnow]

“Moonlight and Magnolias” at Little Theatre Until March 21 — “It’s Hollywood, 1939. Legendary film producer David O. Selznick is five weeks into shooting ‘Gone with the Wind’ when he realizes the script is awful and the director doesn’t have a clue. He has a few short days to replace them and restart shooting or the production will shut down.” [Gazette]

Nominations Open For Chamber of Commerce’s 40 Under 40 — “The 40 under 40 class celebrate 40 outstanding leaders and innovators who either live or work within the city of Alexandria. The nomination period closes March 13, 2020. Go to www.thechamberalx.com/young-leaders-network.html to nominate a leader for this honor.” [Alexandria Living]