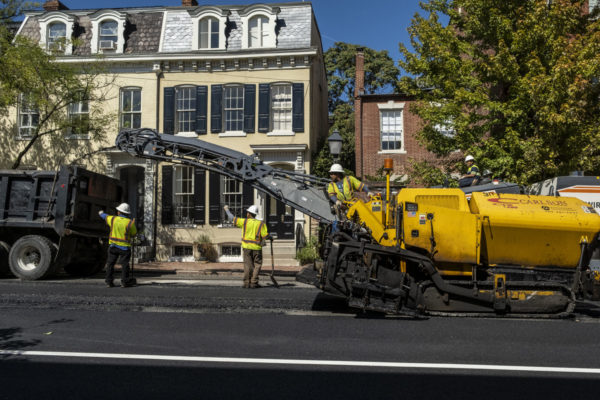 Long-running efforts to address the condition of Alexandria’s roads will continue this summer with a new set of local roadways set for repavings.

Roads were prioritized for repaving based on the Pavement Condition Inventory, according to a newsletter put out by Mayor Justin Wilson. The study done last year showed roads throughout the city score poorly, particularly the side streets through neighborhoods.

“We continue to play ‘catch up’ throughout the City from deferred road maintenance during the worst of the Great Recession,” Wilson said in the newsletter. “I’m hopeful we can continue (and hopefully increase) these investments in this very basic infrastructure.”

The work is contingent on funding proposed in the Fiscal Year 2021 budget, scheduled for adoption on April 29.

Wilson said the following 37 streets are all scheduled to be repaved this year and work could start as soon as July 1: