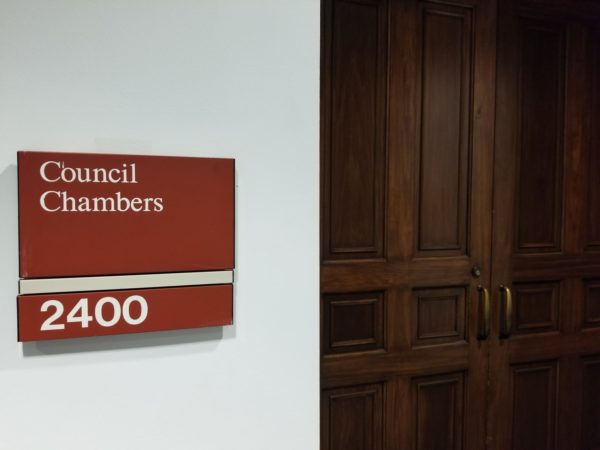 Alexandria is a little ahead of schedule increasing the number of affordable housing units in the city, and two new deals are getting it closer to meeting its regional housing goals.

On Saturday, Council unanimously adopted proposals to increase the number of affordable housing units in Eisenhower East by the hundreds, and to add nine affordable units in a new mixed-use Aspire Alexandria development in Braddock.

Mayor Justin Wilson called an amendment to the Eisenhower East Small Area Plan “the most aggressive inclusionary zoning, affordable housing policy we have ever adopted in the city.”

Under the proposal, 10% of additional residential rental development in Eisenhower East will be devoted to affordable rental units. At full buildout, up to 400-450 affordable units are anticipated for the area, which currently only has 66 affordable units.

“We will have to see how this all works out and comes to reality, but I think an important step about our values as a community,” Wilson said.

The mixed-use Aspire Alexandria project is the latest project taking advantage of the city’s 2019 affordable housing guidelines by increasing density in exchange for affordable housing. Its nine affordable units are but a fraction of the 133 units that will be used for senior citizens, however.

At just over 15 square miles, Alexandria is looking everywhere for land, and the city manager’s office has even tapped the public school system to include co-locating affordable housing options in plans for all schools slated for development.

Helen McIlvane, the city’s housing director, said that the city is on track to meet its 2025 goal, and a little behind with the total number that it needs to raise by 2030.

“It’s a puzzle, its expensive. We have to be focused all the time at looking at opportunities and making most of them,” McIlvane said, adding that the city is trying to incentivize building owners to keep properties affordable. “There are places on the west end, where buildings are market affordable and we’d like them to remain that way. We want to secure what’s on the ground today, we want to preserve it.”