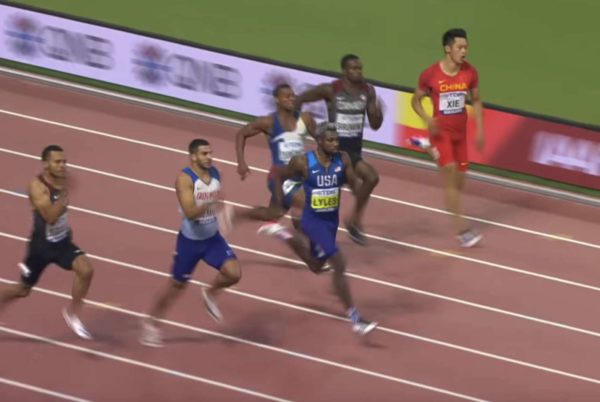 For the second year in a row, Alexandria’s Noah Lyles has been named the top U.S. men’s athlete of the year by Track and Field News.

The outlet described the 2016 graduate as a “runaway choice for the top spot,” and said that Lyles received 22 of 31 top votes from an international panel.

Lyles, 22, now lives and trains with his younger brother, Josephus Lyles — who’s also a professional track and field athlete — in Clermont, Florida. The pair have signed a sponsorship deal with Adidas, and make it back to Alexandria two or three times a year to visit family and their alma mater, T.C. Williams High School.

“If you want to be the best and do something that no one has ever done, you need to carve a path that nobody has ever taken,” Lyles told the T.C. track team last October. “Most of the things that I do today [are] because of what I learned in high school.”

Lyles is training for the 2020 Olympic trials this June, and hopes to win three gold medals in the upcoming Tokyo games — in the 100m, 200m and 4 x 100m relay. Last fall, he won two gold medals at the IAAF World Track and Field Championships in Doha, Qatar.