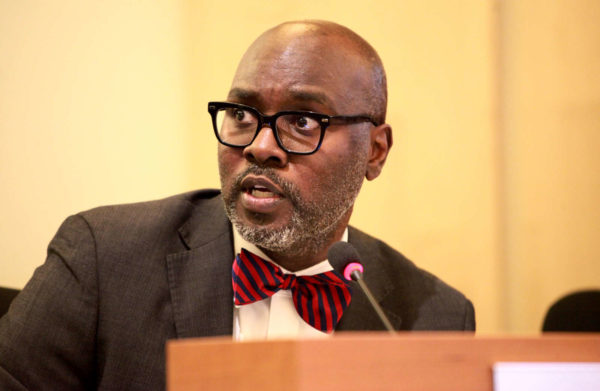 The draft budget is nearly 500 pages, and includes increases to the Virginia Retirement System, a step increase of 2.63% for a majority of staff, a one-time bonus for those ineligible for a step increase and a market rate adjustment to counter rising health care costs. Hutchings is asking the city for $9.7 million, or 4.2% more than last year’s approved budget.

“Eighty-eight percent of our budget relates to salaries and benefits, so that’s people,” Hutchings told the board. “I can say that for this budgetary season, our team has been working collaboratively and diligently to make sure we’re living up to the board’s expectation and that we’re also making decisions in the best interests of our children. And if we can continue to do that in Alexandria City Public Schools, we will see our scores shoot through the roof.” 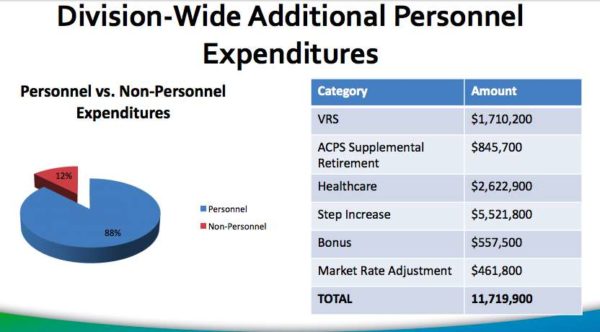 Board members did not publicly comment on the budget proposal as the purpose of the meeting was only to receive the document from the superintendent. However, School Board Chair Cindy Anderson said that the budget process is running more smoothly than last year.

“It’s more data driven than ever before,” Anderson told ALXnow after the meeting. “We actually spent some time going through the data as a group, and made our feedback to the staff. This is why it’s easier this time around, because we’re on the same page from the beginning in terms of what we are trying to accomplish.”

The school board will conduct a budget work session at 7 p.m. on Thursday, Jan. 16, at its meeting room at 1340 Braddock Place. There will then be a public hearing on the combined funds budget at its Jan. 23 meeting. The board will adopt the budget on Feb. 20 and send it to city council, which will make recommendations before the passage of the city budget in June.