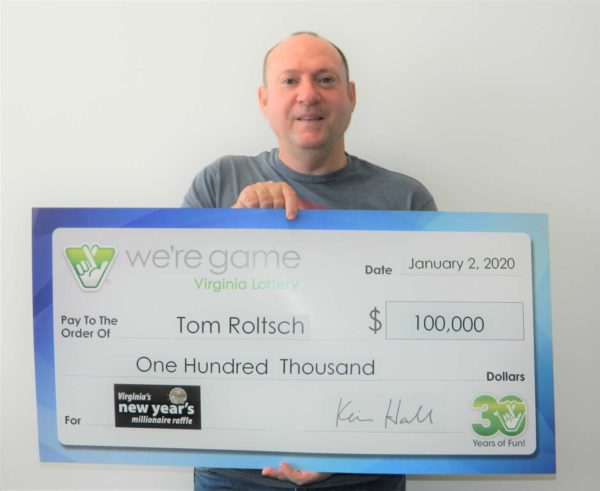 A city resident is $100,000 richer — before taxes, at least — after buying a winning lottery ticket.

The Virginia Lottery says Tom Roltsch, an engineer from Alexandria, bought a New Year’s Millionaire Raffle ticket in Arlington, from the Harris Teeter in Pentagon City. His ticket number was one of five selected statewide on New Year’s Day for the $100,000 prize.

Roltsch was ecstatic about winning and called his brother and friends to tell them the good news, according to Virginia Lottery. He says he has no immediate plan for the winnings except for paying his bills.