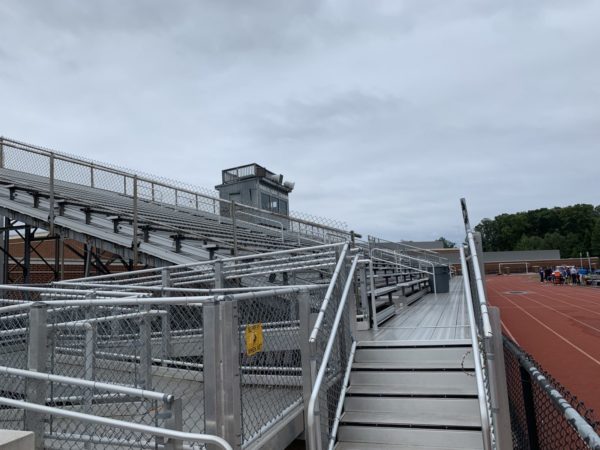 The Parker-Gray Memorial Stadium at T.C. Williams High School is falling apart, but a long-discussed renovation project is primed to start taking shape early next year.

Alexandria City Public Schools (ACPS) laid out a timeline for the upcoming improvements at a School Board meeting on Dec. 5. Staff said potential contractors will be invited to bid in January, with approval of a deal for the work set for March. After that, staff said work is expected to take place over the course of that spring and summer.

New additions to the stadium are planned to include:

Field lighting has been a particularly controversial issue, resulting in a lawsuit from nearby neighbors scheduled to go to court early next year.

A meeting held on Nov. 12 revealed lingering frustrations from neighbors, who are concerned about how lights and sound from the field will impact their quality of life. Residents also say the new lights fly in the face of a promise made to the surrounding community when T.C. Williams was first built.

The varsity football team, meanwhile, played its home games indoors at The St. James sports complex this season due to the poor condition of Parker-Gray stadium.

In addition to the stadium work, staff said there is repair work underway at the gym and repairs to the garage at the school are in the earliest stages of design.