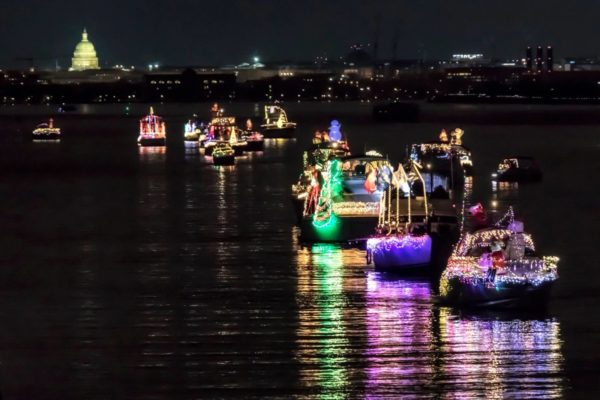 The waterfront will sparkle tomorrow (Saturday) as dozens of ships decked out in Christmas lights cruise along the shoreline.

This year is the 20th annual Holiday Boat Parade of Lights. Festivities are planned throughout the afternoon and early evening, from 2-8 p.m. Planned activities include a pop-up beer garden from Port City Brewing Company, a bookmark-making station from Old Town Books and holiday music from 97.1 WASH-FM.

After leaving Alexandria, the parade will head to The Wharf in D.C. for another celebration there.