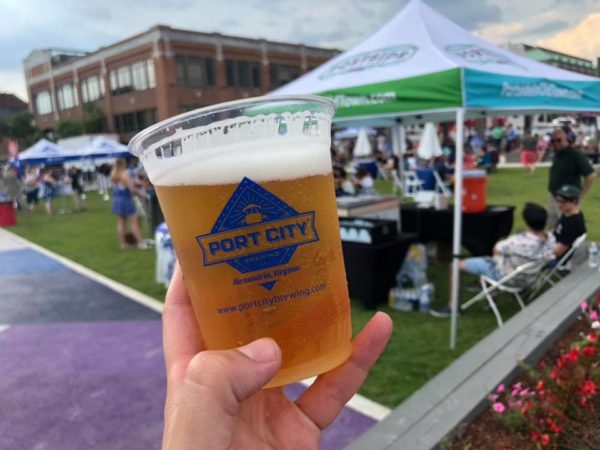 Inside the industrial halls of Alexandria’s Port City Brewing Company, some new brews are in the works and the return of an old favorite planned.

The brewery is preparing to release Tmavé Pivo, a dark Czech lager. The beer will be a draft release only, with interested parties invited to Czech it out on Friday, Oct. 11, from 3-10 p.m. in Port City’s headquarters at 3950 Wheeler Avenue. Those bringing their own growlers and crowlers can collect some Tmavé Pivo to take home.

Emma Quinn, events and marketing manager for Port City, said Tmavé Pivo is the latest lager from a series they’ve been running for a couple of years, with new lagers primarily in Central European styles seeing limited release every few months.

And as the brewery moves into the holiday season, the Tidings winter season beer is making a comeback.

“It’s a strong Belgian blonde,” Quinn said. “It’s made with spices, similar to [Optimal Wit] with local honey and local whit. Very spicy — tastes like the season. We decided to go something more light and in the Belgian track.”

Ways and Means, an IPA that was traditionally only available on draft for the last few years, is also currently being bottled again for widespread sale.

Meanwhile, at the Great American Beer Festival in Denver, Port City is currently competing in the mid-size category.

“We won nine awards there and in 2015, qw were the small brewing company of the year,” Quinn said, “We were able to enter five beers this year. There are about 10,000 entries into 107 categories, so it’s huge. It keeps getting bigger and bigger. To have won anything is a huge honor. We’re excited to be there.”