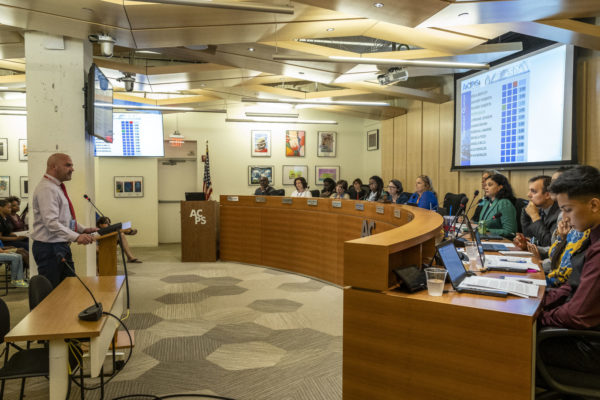 Alexandria City Public Schools (ACPS) is overhauling its feedback process system-wide to make sure parents know who to turn to if they are having trouble getting their concerns addressed.

In the past, parents at several schools have spoken at School Board meetings and expressed concerns that they weren’t being heard. Parents at George Washington Middle School said at a recent School Board meeting that they felt they weren’t being heard over concerns about the modernization of the school and fire safety — though school officials at the meeting did address the repairs made to the fire system in the school.

“This month we are introducing a new, standardized way for parents, guardians and community members to have their concerns, inquiries and suggestions addressed,” ACPS said in a press release. “We want to make sure that you are directed to the right staff to have your concerns addressed quickly, and that you are aware of the best paths for escalating unresolved issues.”

ACPS put out a flow-chart describing the new system, which mostly seems to codify an existing chain of command. The schools also put out a site with direct links to every administrator in the process. 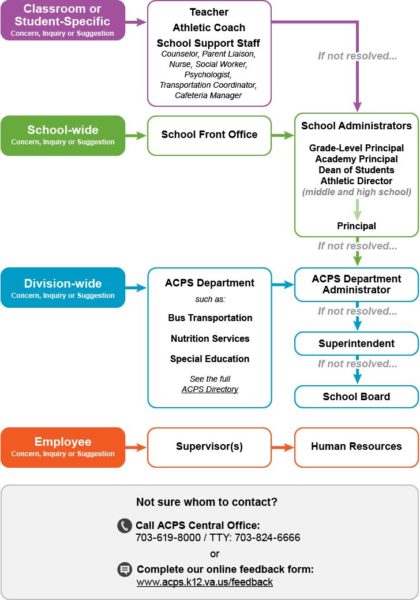 For classroom or student-specific concerns, parents are advised to reach out to teachers, athletic coaches, or school support staff. If the issue isn’t resolved, it can be taken to school administrators, then up to ACPS administration.

School-wide concerns are to be directed to the front office, in this system, then to school administrators. Division-wide concerns should go to the respective departments, like bus transportation or special education.

If a concern goes to ACPS administration, it should start at the ACPS department administrator, then go to the superintendent, then the School Board.

(Updated 10:55 a.m.) The 100 Very Best Restaurant list is back from Washingtonian and it features two Alexandria spots. The list, formerly limited only to sit-down restaurants, now includes carryout,…

END_OF_DOCUMENT_TOKEN_TO_BE_REPLACED

More Stories
Parade of Boats Covered in Christmas Lights to Cruise Along Waterfront TomorrowMeet Moomoo, an Adoptable Mini-Master of Mischief at the Animal Welfare League