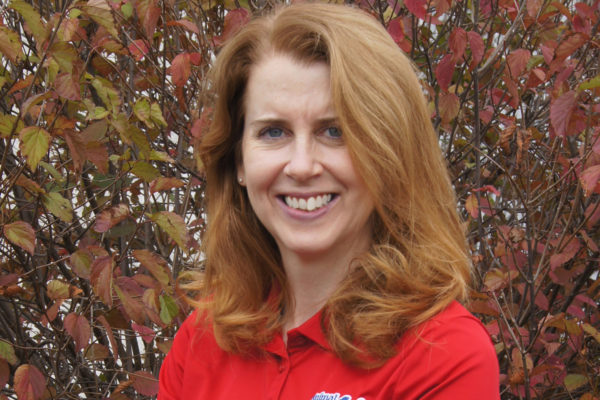 The Animal Welfare League of Alexandria has a new executive director with a new focus on expanding the programs the shelter offers citywide.

Most Alexandrians likely know the Animal Welfare League of Alexandria (AWLA) for the Vola Lawson Animal Shelter at 4101 Eisenhower Avenue — the place to adopt pets like Cappuccino and Macchiato — but AWLA also offers a variety of other programs to help pet owners throughout the city.

For four years, Stella Hanly worked closely on the outreach programs, first as a community programs liaison then later as AWLA’s chief operating officer. Now, the AWLA has named Hanley as its executive director.

Among Hanly’s first priorities as executive director, AWLA said in a press release, is expanding the pet pantry program that offers pet food and supplies to residents in need.

“No pet should be separated from his or her owner because of health issues or finances,” Hanly said in a press release. “Animals provide so much support to their owners during crises, and we want to help more pets stay with their families when they are needed most. By expanding our Community Programs department, we hope to help our community address issues that may lead to surrender so that cherished pets can stay in their homes — where they belong.”

Hanly said pet pantries need to be offered in locations where they are most accessible to the pet owners who need them. Other programs offered by AWLA include Animeals, which provide food and resources to pets of seniors participating in the Meals on Wheels program, and Crisis Care, which provides Alexandrians with short-term pet care in emergencies like hospitalization or housing crisis.

Other new initiatives are in the works under the new leadership.

The funds for the expanded program come from a donation from the Anne Cabaniss Trust, though AWLA continues to seek corporate support to expand the shelter’s programs.