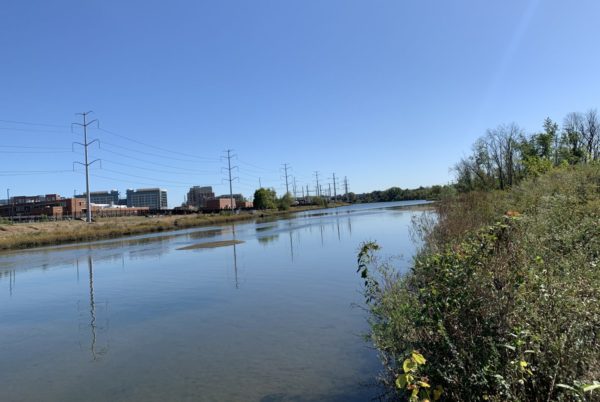 Due to a reported oil spill near the Arlington/Fairfax County border, Alexandrians are being encouraged to avoid the waters of Four Mile Run.

In a press release today, the city says people and pets should steer clear of the stream for the next 24-48 hours. Fishing is also being strongly discouraged.

More from the City of Alexandria:

On Thursday, Oct. 31, Arlington County Hazmat Crews were dispatched to the 4200 block of S. Four Mile Run Drive near Barcroft Park for a chemical odor, upstream from the City of Alexandria. Arlington County has advised residents and visitors to avoid contact with — and keep their pets out of — Four Mile Run downstream of Columbia Pike for the next 24 to 48 hours.

The Arlington County Fire Department and the Arlington Department of Environmental Services determined that the source originated upstream of Arlington County, in a neighboring jurisdiction. Crews placed boom filtering devices in the water at various locations along Four Mile Run to contain the released product. People should not fish in the stream or have any contact with the water until further notice. The Arlington advisory to avoid all contact is considered an extra precaution to allow the effect of the discharge to be diminished by natural flushing of the streams. Drinking water is not affected by the incident.

Anyone who has been in Four Mile Run and is experiencing medical symptoms, such as sore throat or eye irritation, should seek medical attention.