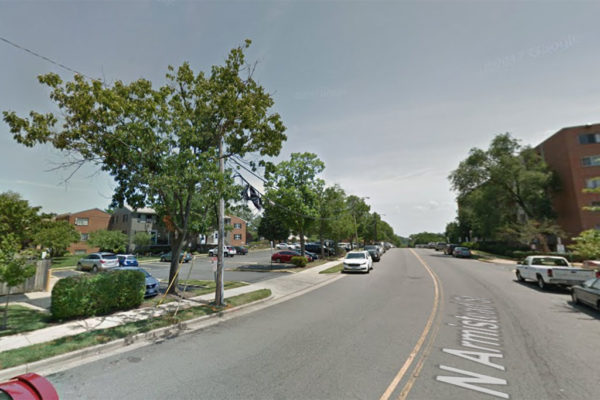 A group of men, at least one of whom was armed with a gun, robbed two people on the 400 block of N. Armistead Street last night, according to Alexandria police.

The incident happened around 11 p.m.

“Two males were robbed in the 400 block of N. Armistead Street by approximately five male subjects,” said Lt. Courtney Ballantine, a spokesman for the department. “A handgun was displayed and items were taken.”

The report does not describe which items were taken in the robbery. There were no injuries, according to the police department.

“They fled the scene on foot,” Ballantine said. “Police did request a helicopter and a canine, but no arrest was made.”