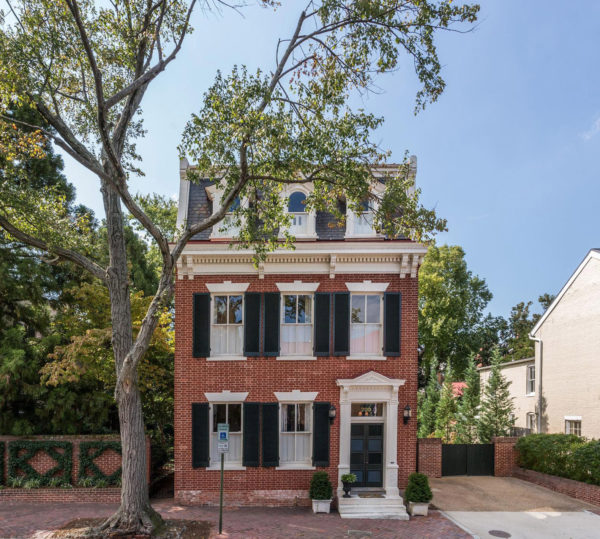 (Updated at 13:25 p.m.) The home at 209 S. Lee Street isn’t just another brick building in Old Town, it’s a building with a rich history dating back to ownership by Augistine Washington Jr., half-brother of George Washington, and a design that shows an evolution of Victorian styles.

It’s the example of the kind of local history real estate agents at McEnearney Associates, a real estate company that celebrated its 39th anniversary this year (and a sponsor of ALXnow), need to be intimately familiar with to work in Alexandria.

“Our agents are often historians, people who really understand the tempo and the culture of Old Town,” said Jeanne Choi, vice president of marketing and communications for McEnearney Associates. “They live and work in the community. We have people who live blocks from the office.”

In the same breath as describing the number of bathrooms and bedrooms, Choi describes how one home in McEnearney’s lineup has ties to the Female Stranger mystery and another housed Marquis de Lafayette.

Choi said Alexandria’s strong sense of community is one of its strongest selling points for the real estate company, from the Old Town farmers market to the local restaurants and retail in Del Ray.

“In Del Ray, community is the word,” Choi said. “[Jennifer Walker] could walk down the street and run into five or six people. That’s hard to find, that sense of community and that synergy that you find… She’ll do whatever it takes to support the people that live and work in the community.”

While McEnearney has 10 offices around the D.C. region, it is headquartered at 109 S. Pitt Street in Old Town.