(Updated on 10/16/19) Some Alexandria Library patrons are browsing more than just books: these days they’re also checking out discussions about death.

Hannah Risley, the librarian at Duncan Library, is in charge of adult programs from dance workshops to movie nights to book clubs. But last year, she wanted to try something different.

“Essentially what a Death Cafe is you come and you discuss death,” said Risley. She told ALXnow she got the idea from the D.C. Public Library, which also runs a version of nationwide discussion group, as does Arlington Public Library.

Attendees to the library program sit and discuss anything related to death while Risley provides “light moderation.” Over the past year, she said groups of nurses and EMTs have talked about end of life care, while others have come in to chat about estate planning and the afterlife.

The next meeting will take place on Saturday, November 23 from 3-4 p.m. People interested in attending the free event are encouraged to register online.

With an average of 25 people joining each month, Risley says attendance is “bonkers” and that the Death Cafe has become her most popular program. Most people are “curiosity” walk-ins, drawn by the name and the Dia de los Muertos skull on the library flyer. Others have been referred there by a local therapist handing out flyers.

Risley emphasized the Del Ray library program is not a therapy group, but said talking about all things death can help “release nervous energy” about the taboo topics. 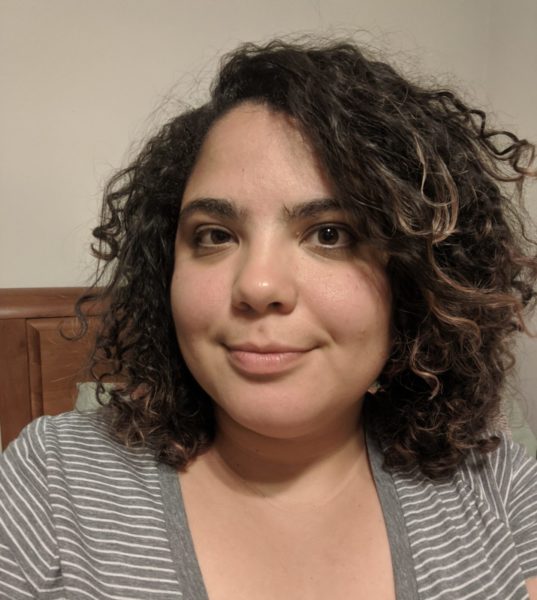 Beatley librarian Andrea Castillo hosted her first death discussion in January after attending one of Risley’s and one in D.C.

“I was very curious about attending that first one, but I was also afraid to tell people about it because I thought people would think I was strange or morbid or obsessed with death,” she told ALXnow.

Since then, she’s organized half a dozen of the group discussions where she says attendance has been “widely variable” with as many as 15 adults, and as few as four. Her most recent meeting in August attracted 10 death-discussers. Over the past year members have talked about confronting the reality of losing loved ones, green burials, and what end-of-life doulas can do to help.

Back at Duncan, the library provides Risley the event space for free, and guest speakers volunteer their time so the program’s cost is low. Risley uses the kettle from her wedding shower to make tea and pays $30 a month out of her own pocket to bake cakes for the attendees.

“Nothing speaks to a gathering of the living more than the sharing of food and drink,” she quipped.

At Beatley, Castillo says she spends about $10-$15 per session with the funds covered by the Friends of the Beatley Central Library, and occasionally her colleague librarians, Stacy Arth has volunteered to bake cake.

The discussions at Duncan prompted Risley to start compiling the information into a hand-out for patrons. The document contains resources from how to talk about end of life plans to defining do-not-resuscitate orders, to free and low-cost services to make wills. In the future she hopes to expand and post the document online.

“Next year I will try something new and try a death-themed book club,” added Castillo. “Before my August death cafe I read Atul Gawande’s ‘Being Mortal‘ and several of the attendees had also read and enjoyed the book.”

Both librarians told ALXnow that holding the group has also helped them personally.

Castillo completed a graduate certificate in applied thanology at the University of Maryland, Baltimore this year, and said between her studies and the group she’s found it’s not so weird to be interested in death after all.

“Trying to imagine the dying process and life going on without me is still hard for me to wrap my head around. However, as I’ve gotten more open to talking about it, I find that others are in the same boat,” she said. “I want to help make death less taboo to talk about. It’s going to happen to all of us one day. Let’s talk about that! Let’s explore it! Let’s face our anxieties and fears together!

Risley’s mother-in-law was diagnosed with advanced cancer last year before later going into a full remission.

“I feel like I was probably the most prepared daughter on the face of the planet to tackle that,” said Risley, adding that “the goal as laid out by Death Cafe is the more you ask about it, the less you worry about it.”