A book of condolences at the Athenaeum (201 Prince Street) is offering locals an opportunity to add their thoughts or feelings on the passing of Queen Elizabeth II.

The book was put together by the British Officers Club of Washington D.C. to mark the death of Queen Elizabeth II, the longest serving monarch in British history.

Anyone who wishes to write in the book can do so until Saturday at 4 p.m.

The Athenaeum is planning to host a short commemoration ceremony at 4 p.m. Saturday when the book of condolences closes.

Another book is being hosted at the British Embassy in D.C. and will be sent to Buckingham Palace to be given to King Charles III. 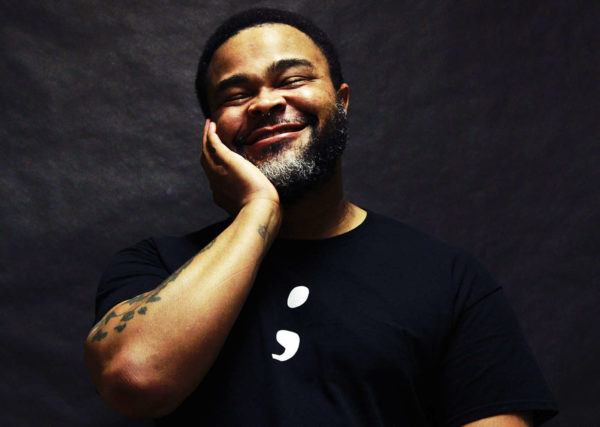 C. Thomas‘ story isn’t ordinary, it’s extraordinary. The 39-year-old Alexandria poet has seen his share of adversity, and writing has always made him feel better.

“African Americans are supposed to be this resilient people. We’re not supposed to bend when the wind blows, but that’s just not the case,” Thomas told ALXnow. “Yes, things happen, but we’re supposed to be reinforced steel, but even steel can be scratched.”

On Friday, Feb. 7, the award-winning poet will take the stage to host “His Story,” an all-African American male showcase sharing stories through poetry. The event will feature the work of 13 of Nazareth, Rodrick Minor, Khalil Houston and Micah Powell. It costs $10 per person to attend and will be held at 7 p.m. at the Athenaeum (201 Prince Street),

“My writing reflects my life,” Thomas said. “I tell people to this day that this is how I kill and bury everything that bothers me — in a poem. Black people have inherited generational trauma from slavery that has passed down through generations and white people have inherited generational guilt. We are viewed as monsters. Despite the color of my skin I can be someone who can help you, but because you have that one idea of me in mind, I can be treated worthlessly, like scum.”

Writing ended up saving Thomas’ life. When he was 13 years old, he’d resolved to kill himself and began writing a suicide note. That note ended up turning into his first poem, “To Whom It May Concern.”

“I was really going to kill myself, but as I started writing I started to feel better,” Thomas said. “I’m a double target because I’m a black man and I’m gay, but I do not regret anything that I’ve gone through. I used to, but don’t any more, because I wouldn’t be a poet.”

Thomas, who works in an Alexandria-based dental office by day, is the youngest of five children raised in a two bedroom house by his mother and grandfather in Clinton, Maryland. He faced the death of his mother, Margaret Thomas, when he was just 10 years old, and only met his father weeks before his passing seven years ago.

“You have to let the pressure off and I always felt better after writing,” Thomas said. “I’m hoping the showcase will open the minds of those who question a lot of things in the African American community. These writers understand the nitty gritty of what this show stands for.”

An original poem by Thomas is below, after the jump.