(Updated 2:30 p.m.) If you’ve got a Christmas list, there’s a mailbox in Alexandria dedicated to sending letters to Santa Claus and he’s responding.

For the second straight year, Bill and Stephanie Pastewait included the Christmas-red mailbox to their ever-growing holiday display in front of their home at 3103 Russell Road in Warwick Village.

Only five kids have sent in letters so far, Bill says. He encourages good boys and girls to put letters in the red mailbox with their name and return address by Thursday, Dec. 15 — enough time to get a response before Jolly Old St. Nicholas makes his annual around-the-world flight on Christmas Eve.

“If you put a letter in the mailbox, you’ll get a response from Santa,” Bill said. “Last year we only got three or so letters, and this year we’re hoping to send him more.”

The Pastewait family have also been putting the final touches on their massive holiday display, which will be lit this Thursday night.

“It’s a lot of fun,” Bill said. “It’s makes us feel really good, and there’s nothing better than seeing little kids outside the house saying how much they enjoy it. We’re happy to do it.” 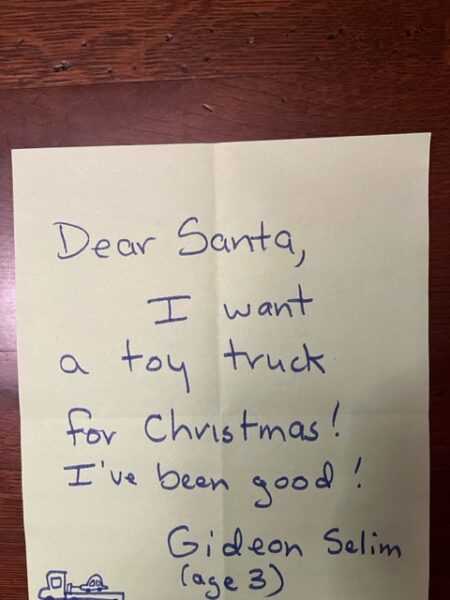