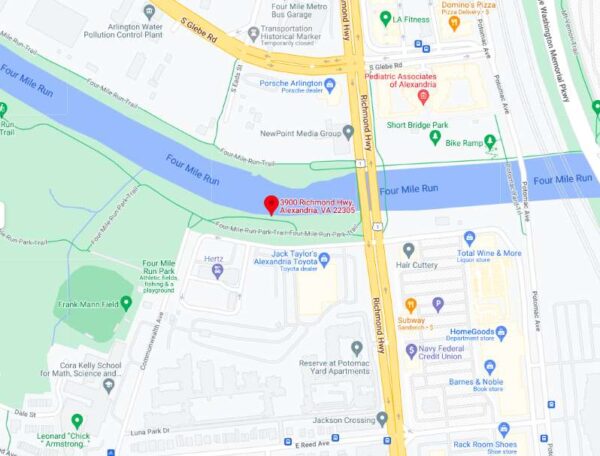 No foul play is suspected in the drowning death of a 52-year-old man in Four Mile Run, according to Alexandria Police.

Police were called around 2 p.m. on Monday, June 20. Rescuers found the man in the stream near the 3900 block of Richmond Highway.

“The man, Tewodros Teferi, 52, was discovered and removed from the water by the Fire Department’s water rescue team, and EMS personnel attempted resuscitation efforts, but the efforts were unsuccessful,” Alexandria Police said in a release. “APD does not suspect foul play but will continue to conduct a thorough investigation of the incident.”

Anyone with information on this incident is asked to contact Detective Matthew Kramarik at 703-746-6650 or at [email protected]. Callers can also try the police non-emergency line at 703-746-4444. Callers can remain anonymous.

The Alexandria Police Department is investigating a drowning incident in which one man died.