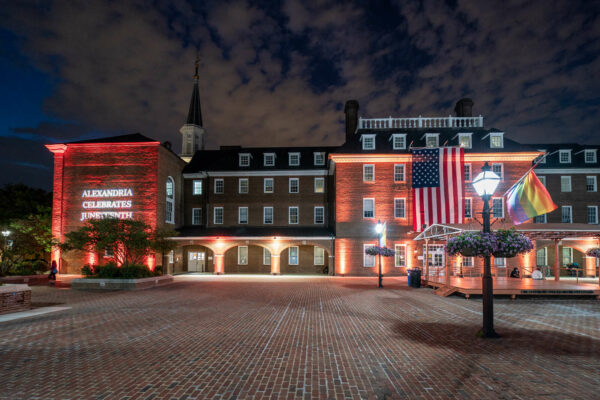 Alexandria’s City Hall is a local historic landmark, in addition its role as a civic center, but it’s showing its age.

In the City Manager’s proposed Capital Improvement Plan (CIP) budget, $83.3 million is allocated to renovating City Hall (301 King Street) and $35.3 million is dedicated to leasing or creating swing space for use while the building is overhauled.

The proposed budget says the project will involve some demolition and HVAC work, requiring relocation of city employees during the project. City Hall was rebuilt in 1871 after its predecessor was destroyed in a fire.

“This project was initiated with the purpose of replacing the outdated and past their life cycle heating, ventilation, and air conditioning systems (HVAC), life safety systems and perform any necessary structural repairs,” the budget said. “This work requires the demolition of the ceilings and lighting, and disruption of the HVAC and life safety systems in the work areas, therefore requiring the temporary relocation of the employees to a swing space for the duration of the work.”

Over the last two years, a number of city employees have shifted to working from home, and City Hall renovation discussions are taking that into account.

According to the proposed CIP budget: “With the COVID-19 pandemic, the number of city employees working from home increased substantially, thereby also increasing the level of unused or infrequently used office space. When COVID-19 is no longer an issue, if substantial work from home remains, then rethinking of office space use including how City Hall office space should be designed for this new future of work.”

Budget issues over the last few years also pushed the project back from starting in fiscal year 2024 instead of FY 2023, and also an increase in construction costs.

The budget also notes that beyond just HVAC and structural replacement, the renovation is a chance to reimagine how the interior spaces of the very dated building flow:

Since the HVAC, life safety and structural work will have a significant impact in disrupting the workspace and building operations, and requiring the expense of temporary swing spaces, it is reasonable to be performed at the same time with the newly proposed space planning and space reconfiguration. The goal for space planning and reconfiguration will be to resolve the inefficiencies of the building layout, improve circulation and way-finding, improve workflow between various departments, and create a modern, green, healthy, safe, sustainable environment for the employees to work in and for the residents to do business in.

What that doesn’t include, at least at the moment, is some of the long-discussed and controversial potential to add private usage to the building to offset some of that cost.

In an email to ALXnow, city officials said “swing space” — in the context of City Hall renovation — entirely refers to workspaces for staff and that there have been no other discussions around other uses for the building since the project was put on hold during the pandemic.