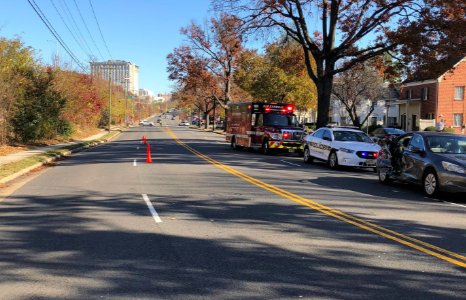 The incident was reported to the public via Twitter at 10:55 a.m., the Alexandria Fire Department and police are at the scene. Police and medics were dispatched to the scene, according to scanner traffic.

Both drivers suffered injuries, and one of them is in critical condition, according to AFD. Both drivers have been transferred to Inova Alexandria Hospital.

The Police Department’s crash reconstruction unit was at the scene, but Van Dorn Street reopened around noon.

Alert:: Traffic on North Van Dorn St. from Taney Ave. to Holmes Run Pkwy is temporarily shut down in both directions due to a two-vehicle car crash. APD and @AlexandriaVAFD is on scene. pic.twitter.com/E7huRG48I8