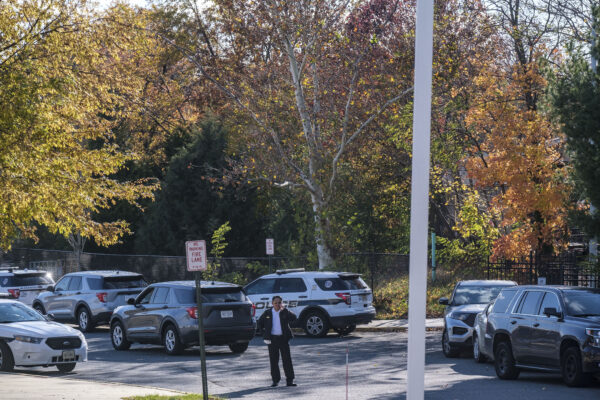 A barricade and shots-fired situation at Woods Place is still ongoing one day after it allegedly started with a nearby road-rage incident.

Police said the man inside the house has fired at police outside the building, but police have not returned fire:

The incident started as a call for service for shots fired during a road-rage incident. Through investigations, APD confirmed the incident, and located the suspect at his home in the 1000 block of Woods Place. Officers attempted to apprehend the suspect around 12 p.m. Tuesday, November 23. The suspect refused to surrender and barricaded himself in the home. During the stand-off, the suspect shot several rounds at officers. No officers have discharged their weapon in this incident.

The incident has closed Quaker Lane between Braddock Road and Bishop Lane along with Woods Avenue and Woods Lane in the small neighborhood where the standoff is occurring.

Alexandria City High School’s King Street campus, which abuts the house where the barricade situation is occurring, has also closed today — though the impact of this is minimal given that students are out on Thanksgiving break. James Parker, director of athletics and student activities, tweeted a notice that all athletics activities at the school are canceled for today.

COACHES AND ATHLETES ALL PRACTICES AND EVENTS AT ACHS KING STREET CAMPUS ARE CANCELED FOR TODAY. NO ONE IS ALLOWED ON CAMPUS TODAY! @TCWGBB @DiveTcw @ACHSTitans @ACTitansSwim pic.twitter.com/69KXlPtmd3