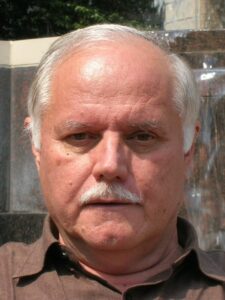 Kurspahic also served as the editor of Sarajevo daily newspaper Oslobodjenje from 1988 to 1994 and continued daily publication during the city’s three year siege. At the Connection Newspapers office, Kurspahic was a stoic presence who walked with a slight limp from a car crash after he was shot at by a sniper.

Kurspahic’s work in Sarajevo was the subject of Tom Gjelten’s Sarajevo Daily: A City and Its Newspaper Under Siege. The editor recalled his time during the siege in his book As Long as Sarajevo Exists.

While Kurspahic was focused on Northern Virginia coverage at The Connection Newspapers, getting to talk to Kurspahic about his decades of experience in international journalism and diplomatic work was a rite-of-passage for many new reporters at the newspaper.

The Connection Newspapers reported that Kurspahic was a Nieman Fellow at Harvard University, a Clark Fellow at Cornell University, and a Senior Fellow at the U.S. Institute of Peace.