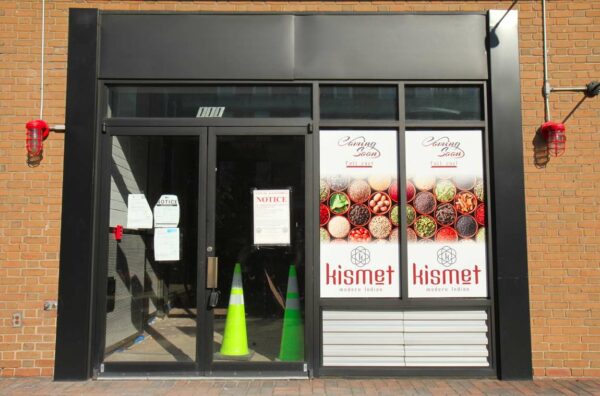 Staff said the menu won’t be exactly the same as Karma Modern, but will be similar. Co-founder Sachin Mahajan told Northern Virginia Magazine the restaurant will be a little less fancy compared to the D.C. sister restaurant, but still won’t be casual.

Kismet will be filling the space in Old Town that was formerly BurgerFi.

Thanks for including our new restaurant Kismet Modern Indian in the fall round-up! https://t.co/AS7pbGreGS