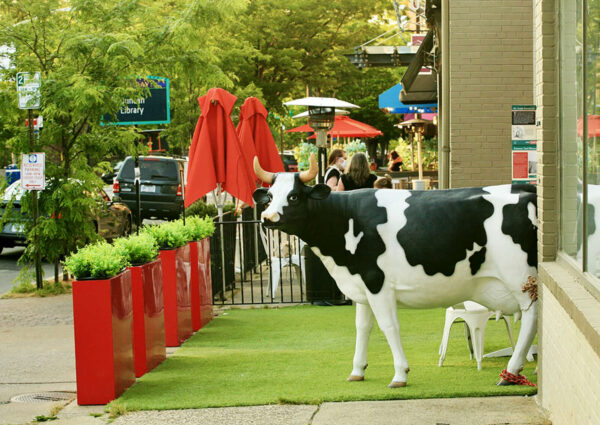 The Del Ray Music Festival isn’s happening for the second year in a row, but a number of community events are in the works to try and make up for it.

Without the annual summer festival, which draws tens of thousands to Mount Vernon Avenue, the Del Ray Business Association has a bar crawl in the works.

“We had to make the decision early on not to do the Music Festival, because at the time we would have been confirming and paying for bands there were still limits on how many could be in one place,” DRBA board member Gayle Reuter said. “We definitely plan to bring it back next year.”

The bar crawl will be held on Saturday, August 21 from 1 p.m. to 6 p.m. and feature more than 20 Del Ray restaurants. Participants will be transported on a trolley, and up to six live bands (not yet announced) will perform at Pat Miller Neighborhood Square.

“We’re hoping it’s going to be a great day,” DRBA President Lauren Fisher said. “It’s really a meeting of neighbors and celebrating together that we have a very generous community, as well.”