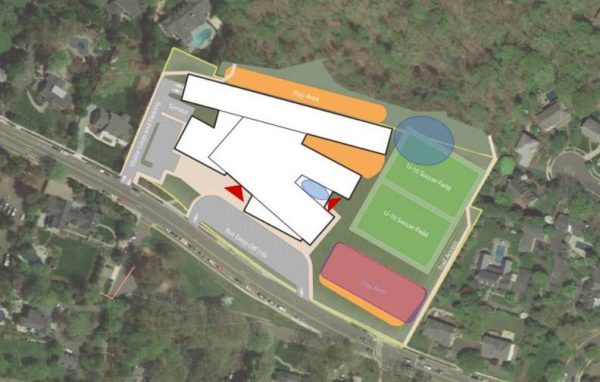 The Alexandria City Council on Tuesday (June 22) will consider accepting the transfer of ownership of two residential properties that were acquired as part of the Douglas MacArthur Elementary School modernization project.

The two residential parcels on the western portion of the property are located at 1201 and 1203 Janney’s Lane. The parcels, which were approved by the School Board on June 3, include a single family home and an undeveloped parcel that add together to give Alexandria City Public Schools an additional 24,661 square feet of wiggle room.

“This parcel consolidation step is necessary to allow ACPS to complete the Site Plan approval process for the Douglas MacArthur Elementary School modernization project,” City staff said in a report.

The new MacArthur school will be three stories with a synthetic playing field and outdoor play areas. While the project is in development, MacArthur students are using the old Patrick Henry Elementary School as swing space.

Demolition began in April at the school, and the project is scheduled to open in January 2023.