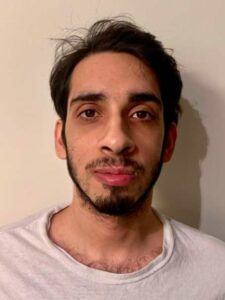 Police said that Edwards was last seen at around 9:30 p.m. Wednesday night in the 600 block of Shilling Street, which is near the Van Dorn Metro station. A police helicopter was also used to try and locate him.

Paga said that this is the first time that Edwards has been able to get away unsupervised for an entire evening.

Edwards walks with a limp and is five-feet-two-inches tall and 120 pounds.

FOUND! 34-yr-old Peter Edwards has been found safe and is ok. Edwards was reported missing last night. Thank you for helping get the word out! pic.twitter.com/kHrFXYV35i