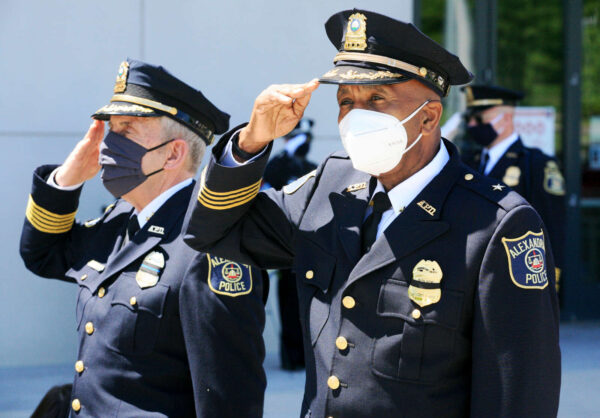 Hayes, a 40-year veteran of the department, will take over as Acting Chief on June 25, according to City Manager Mark Jinks.

“Chief Hayes’ 40 years of experience leading various aspects of the Alexandria Police Department and long-standing connection to the community make him the right choice for this Acting Police Chief role,” Jinks said in a statement.

Brown recently made the surprise announcement that he is retiring, and put in three weeks notice. The City will undergo a national search for his permanent replacement.

Hayes, who has lived in Alexandria for more than 25 years, has a Master’s degree in organizational leadership from Johns Hopkins University, a Master’s in divinity from Liberty University Baptist Theological Seminary, and a Bachelor’s degree in business administration from Bowie State University.

Congratulations and gratitude to Acting Chief Hayes as he leads the dedicated @AlexandriaVAPD team through this upcoming transition. https://t.co/FtthifZXbF