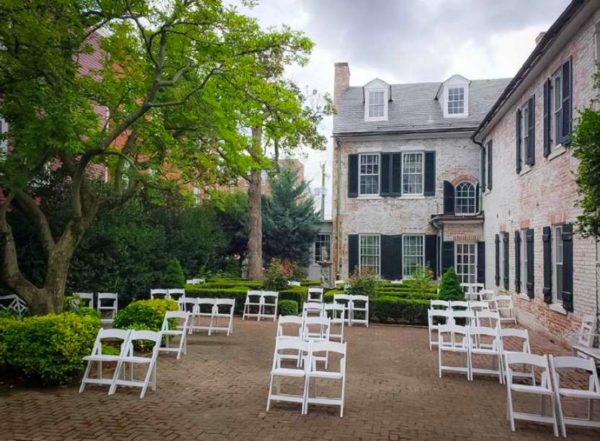 Since last year, Classical Movements and musicians from the National Symphony Orchestra, the Alexandria Symphony Orchestra and the Eclipse Chamber Orchestra have performed at the venue to outdoor audiences. The Sounds of Hope and Harmony performances have been held with socially distant crowds, and the new approval allows for up to 50 guests to enjoy the music.

Maestro James Ross, music director of the Alexandria Symphony Orchestra, said that the context in which Council decided the fate of the outdoor concert series played out on a silent background of worldwide cataclysmic devastation for the performance industry.

“Last year the ASO and Classical Movements were among the very first groups in the whole country to start performing live outdoor concerts again,” Ross said. “The ASO’s first COVID year concert took place on May 7 in the open courtyard of Goodwin house, and we then continued to offer free concerts in retirement communities in parks street fairs and backyards throughout the summer and fall. I have to say, everywhere we went we were welcomed as a vital source of joy in fraught times.”

Vice Mayor Elizabeth Bennett-Parker said that the concerts have been a bright spot.

“I think the arts are important in any circumstance, especially now as we’ve had a number of residents in Old Town testify to the joy these concerts brought them in an otherwise difficult a depressing time,” Bennett-Parker said.