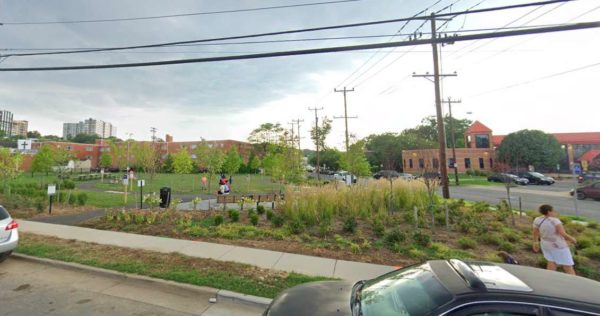 The naming committee voted unanimously in support of naming the unnamed 3550 Commonwealth Avenue Park the Shirley Tyler Unity Park, a blend of the “Shirley Tyler Park” and “Unity Park” suggestions.

The virtual meeting was attended by Tyler’s children and a few Alexandrians who had been active in the Civil Rights movement, including a rare appearance by Ira Robinson, Alexandria’s first Black City Council member since Reconstruction.

Robinson was elected in 1970 after helping to calm riots following the murder of local teenager Robin Gibson in a 7-Eleven store. The School Board at the time was appointed, rather than elected, and it was Robinson who appointed Tyler.

“I’m on this call because McArthur Meyers made me aware [of the naming] and with Shirley Tyler being on it, the important thing to do would be to express my congratulations and talk about how much Shirley Tyler did for Alexandria when she was there,” Robinson said. “She was so independently dignified and professional. She was posessed of leadership, and a real no-brainer for getting things done. My only reason to show up is to show my respect and appreciation for a woman who did so much for Alexandria.”

Jack Browand, division chief for Park Planning, Capital Development & Waterfront, said the Lynhaven Civic Association suggested “Unity Park” in reference to the role the park played as a gathering place in the years after Gibson’s murder.

“In 1970 there was community strife after murder of community member,” Browand said. “Neighborhoods were at odds with each other. But as the neighborhoods came together it became a symbol of unity. Lynhaven suggested ‘Unity Park’ to represent that.”

“Behind her motivation for doing everything for the city was to unify the community,” Prigmore said. “That was why I suggested, after the last meeting, to add unity to her name.”

Councilwoman Del Pepper agreed and endorsed the name, along with the rest of the committee, which will head to the City Council for final approval.

“There wasn’t a leaf that turned that she wasn’t behind it,” Pepper said. “Something should be named for her, and this is an excellent thing.”