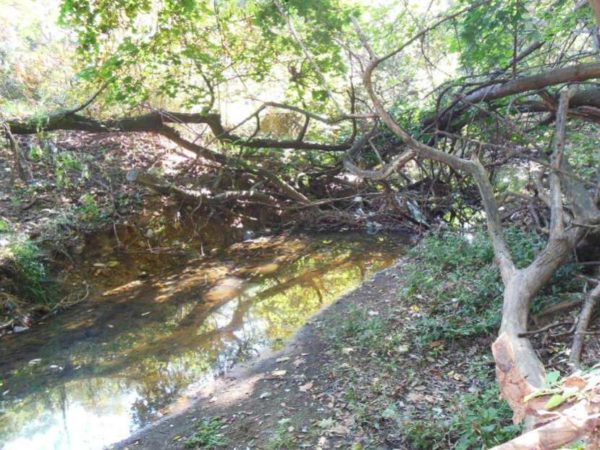 The city’s plans to overhaul Taylor Run to combat the erosion of the stream has generated some controversy as both local civic groups and some environmental activists have expressed concerns about the restoration’s impacts.

Criticisms of the city’s plan range from the simple — many of the trees and foliage in the forest will be torn down, though the city has committed to planting new growth and says the damage will be worse if erosion is left unchecked — to the more in-the-weeds concerns — like phosphorous levels in the water might not match the city’s models, meaning the levels of estimated pollution justifying the restoration could be lower than what’s currently speculated.

Local citizens and city staff, along with hired consultants, have gone back and forth with the community in meetings and documents. The matter is not scheduled to return to the City Council for review, though Mayor Justin Wilson said the project could be reviewed in the city’s upcoming budget discussions.

Some noted, however, that the funding mechanism of the stream restoration project could make cancelling or postponing the project tricky even if the city did reverse course — which would not be the first time the city has found itself in that situation.

According to the Q&A, the stream is partially funded by a state grant that would evaporate if the project is delayed:

This project is receiving funding from the Virginia Department of Environmental Quality (VDEQ) Stormwater Local Assistance Fund (SLAF) matching grant. If postponed, the project will lose $2.255M in funding. The City’s portion of the funding is prior year funding from the Stormwater Utility Fee revenues that must be used for stormwater management projects per the Virginia Code.