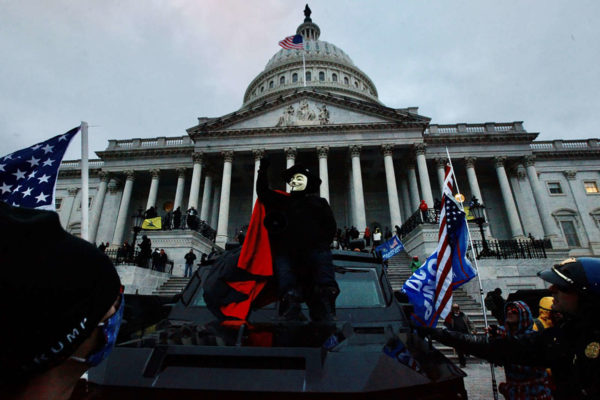 An Alexandria bartender wants the city to impose a 6 p.m. curfew on inauguration day on Wednesday, and has started an online petition that has garnered more than 375 signatures.

Erin Kennedy, a bartender at O’Shaughnessy’s at 1324 King Street in Old Town, didn’t like the feeling she got on the night of Jan. 6 when pro-Trump supporters drank at the bar and aggressively talked about how they participated in the siege at the U.S. Capitol.

“If we’re going to be open I’m going to have mace,” Kennedy told ALXnow. “They were really aggressive, and didn’t want to leave when we were closing — because of what they did at the Capitol. The media is calling them domestic terrorists, which is what they are.”

The governor imposed a 6 p.m. curfew on Alexandria and Arlington in response to the Jan. 6 event at the Capitol.

Mayor Justin Wilson told Kennedy in an email to “stay safe during these crazy times” and that there was no planned curfew for Jan. 20.

“Our police have been closely monitoring the situation, as well as intelligence that they are able to collect from other public safety agencies,” Wilson wrote. “We will do whatever is necessary to keep the community safe.”