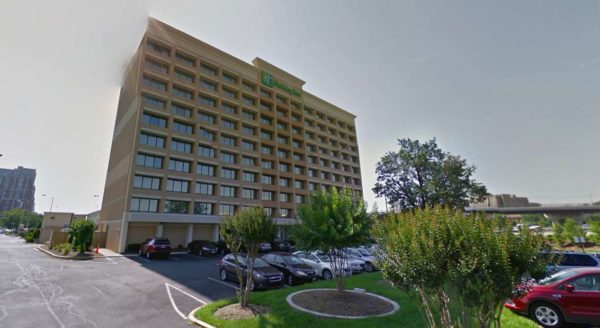 An Alexandria hotel faced some public scrutiny for housing Proud Boys and other right wing factions before the Capitol Hill riot, but now the Holiday Inn Alexandria-Carlyle is facing pressure from elected leadership to cancel reservations for identified extremists.

The hotel drew national attention before the protest as the lodging for the white nationalist group and a planned protest was cancelled after it allegedly received death threats.

Alexandria Vice-Mayor Elizabeth Bennett-Parker sent a letter to the hotels asking them to cancel reservations for guests who publicly identify with one of the extremist groups reportedly planning to gather between Sunday, Jan. 17 and Wednesday, Jan. 20 to disrupt the inauguration of Joe Biden as President.

Yesterday, Airbnb announced that it would cancel all reservations in D.C. as security tightens for the inauguration events. HotelTonight reservations are also being cancelled. In December, a D.C. hotel that served as a rallying point for Proud Boys closed during a planned rally, leaving some of the group’s plans in disarray.