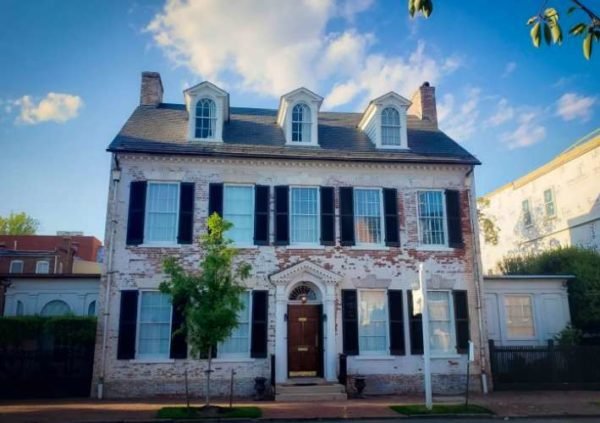 Representatives from Classical Movements asked the city for approval last April and May to allow musicians to perform at The Rectory at 711 Princess Street in Old Town. After not hearing back, they decided to start putting on shows anyway at the property’s secret garden with small live concerts. The Sounds of Hope and Harmony performances have been held with socially distant crowds, and have featured musicians from the National Symphony Orchestra, the Alexandria Symphony Orchestra and the Eclipse Chamber Orchestra.

Performances included a Sounds of Joy and Light series, in addition to Halloween, Thanksgiving, Christmas, Hanukkah, and Kwanzaa performances. Now, however, the organization is asking the Planning Commission to allow the space to be rented to musicians for such performances. The application will go to the commission at its meeting on March 2, and all future events have been canceled pending city approval.

“We hope to offer our outdoor Secret Garden to other local music organizations to have concerts outdoors,” wrote Classical Movements President Neeta Helms in the application. “As you know, they are also without any income during COVID-19.”

Helms wrote that the live music industry has been ground to a halt by the pandemic, and that her business has faced a total loss going into the foreseeable future.

“There will be a longer delay for our business to return to normal because full choirs and orchestras will need to be able to meet for rehearsals and concerts, domestic and international travel restrictions will need to be lifted, and most of them will require a vaccine in order to go on concert tour or attend one of our festivals,” Helms wrote. “Our core business may not come back until late 2021 or, worse and more likely at his point, 2022. Despite all this, we have reinvented ourselves to pull through this crisis and lead the charge for the return of live classical music.”

The concerts typically last one hour, and future use would allow performances to be held inside the building, which includes a large ballroom.