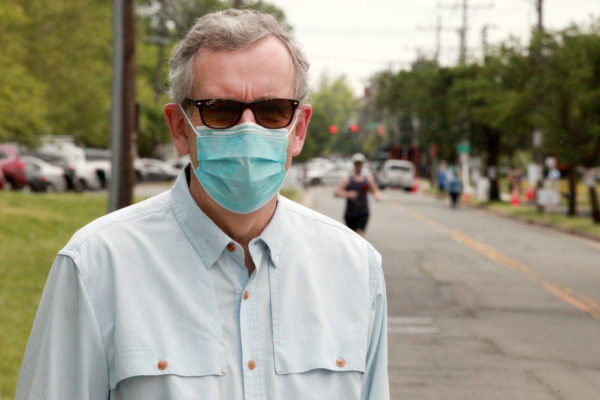 For two years, city staff have been haggling over your water bill.

Late last week, the city announced that the State Corporation Commission (SCC) has significantly reduced Virginia American Water Company’s requested increase in customer water rates, which will result in a refund of previous overcharges to customers.

The water rate increase is still increasing by 2.9% — but that figure is substantially lower than what had been originally instated by the Virginia American Water Company. Homes and businesses that were overcharged will receive credits back. For the average home in Alexandria, the increase will be reduced by $40.

According to the press release:

In November 2018, the company applied to the SCC to increase revenue from water customers by up 15.84%, or up to approximately $6.6 million per year. In April 2019, at the direction of the Alexandria City Council, the City formally objected to the increase and encouraged the public to provide input. The City’s primary objections were that the company’s proposed return on equity (i.e., profit margin) should be lower; the rate of bill increases should be gradual and representative of national averages; and costs of serving customers should be appropriately and fairly allocated between residential, commercial and industrial customers.

At a City Council meeting last night, City Manager Mark Jinks outlined the extensive work and behind-the-scenes battles that took place to try to haggle that down — a process that involved pouring over hundreds of pages of documents to outline what the city was getting for what it spent and what a proper return on investment would be.

Jinks explained that there was some “gaming” going on for the Virginia American Water Company’s request in both going for the higher figure and settling slightly lower and in having a short term surge in cash flow.

“It’s our job to represent the users in the community and make sure rate increases are justified based on capital investments the water company has made,” Jinks said. “We don’t want water main breaks, want clean water, but we want a fair rate of return.”

Councilwoman Del Pepper recalled that a few years ago, Alexandria had attempted to purchase the water company’s facilities in Alexandria to handle the water utility internally, but determined that the city couldn’t afford it — partially because the company had bundled Alexandria’s water in with a larger package.

“We made foray to try to buy the water in Alexandria,” Jinks said. “Privately owned water companies in Virginia are rare. This water company buys its water from Fairfax County and runs distribution system.”

The current system of purchasing water from a private company in Alexandria dates back to the early 19th century, and Jinks said if the opportunity came around again to purchase the private utility the city could try to find a way to make it happen.

“For the record, I was not on the City Council when that started,” said Pepper, who is in the final year of a historic term on the council. “I didn’t do it.”

END_OF_DOCUMENT_TOKEN_TO_BE_REPLACED

More Stories
City Offering Free Resume Building and Job Application Skill WorkshopsAsk McEnearney: Is It Important To Stage My Home Before Listing It?