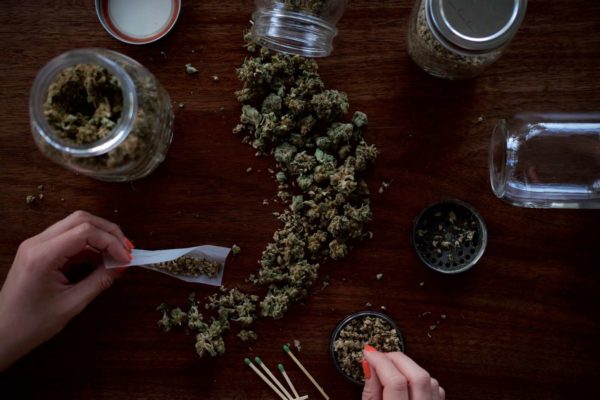 As the state legislature continues to work towards marijuana decriminalization, members of the City Council at a meeting last night urged that revenue and opportunities from legal marijuana sales work their way back into communities long punished for its use.

“My concern is that any revenue generated by [decriminalization] is where those funds are going to,” said City Councilman Canek Aguirre. “It’s important to stress this going to people whose lives affected [and] who were locked up.”

Aguirre said that support needs to take the shape of mental health support, job training, housing assistance and food assistance — particularly for those who are being released from incarceration.

“It’s important that we play close attention to what kind of revenue is being generated and where that funding is being sent,” Aguirre said.

Councilman John Taylor Chapman agreed, saying it was important that state leadership pay attention at its upcoming legislative session to who is profiting from decriminalization.

“We [should] also pay attention to who is getting an opportunity to make revenue from this opportunity,” Chapman said. “Now that it’s legal,  [we should see] if there are certain communities where we can make it equitable.”

Profits from marijuana sales landing at large, predominately white organizations after decades of arrests and incarceration of Black Americans has generated controversy.

“We’ve seen that as an issue in other states,” Chapman said. “There needs to be a wholesome discussion.”