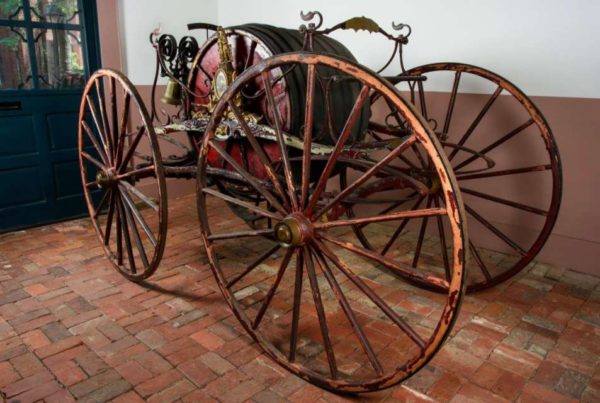 The Friendship Firehouse Museum has come to the rescue yet again. With Alexandria’s Scottish Christmas Walk Weekend called off this year, the city’s oldest firehouse will be open from 11 a.m. to 4 p.m. on Saturday, Dec. 5.

The one-day-only event costs $2 for an entire group of up to per ticket (free for city residents), and only groups of 10 people will be allowed in at a time. The museum has sporadically opened since the onset of the pandemic, and anyone wanting to stay safe can also take a Google 360 virtual tour.

The Friendship Fire Company harkens back to 1774, and is the first fire company in Alexandria. It opened at its current location at 107 S. Alfred Street in Old Town in 1855, and displays include fire engines from the 19th century, hoses, buckets and axes.

The museum is asking visitors the following:

In case you missed it, Alexandria’s official holiday ornament this year features the 1858 Prettyman Hose-Reel Carriage, which usually stands on display in the firehouse and is being completely renovated. The ornament costs $20.