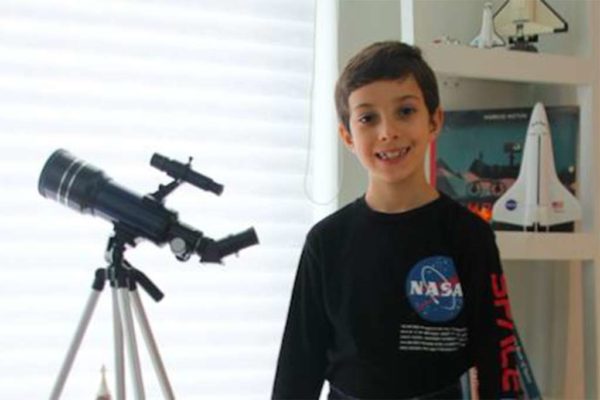 Andras Jacobson, a second grade student at Lyles-Crouch Traditional Academy, will get a unique opportunity later this week to take some of his space questions to the experts: an astronaut currently aboard the International Space Station.

Jacobson, a space exploration enthusiast, is scheduled to take part in a discussion with NASA officials on Thursday, Dec. 3, according to ACPS. Jacobson will get to direct his question to astronaut Victor Glover. Jacobson’s mother reported that his question focused on how human muscular systems respond to conditions in space.

“Here on Earth I know how our muscles act, but in space it may act differently,” Jacobson told ACPS. “I am also interested in the human body.”

The program is scheduled to be streamed through Facebook starting at 12:30 p.m. on Thursday.