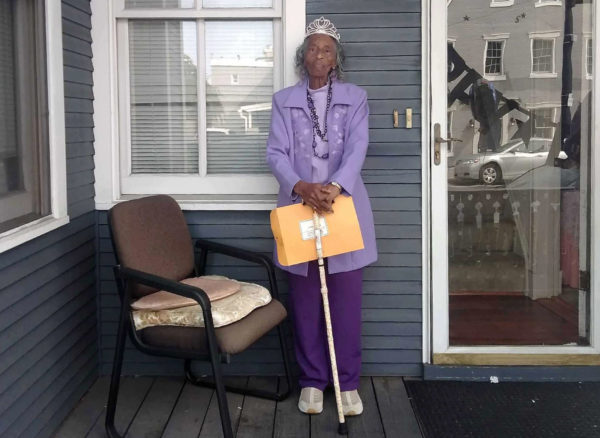 Ann Samuels never thought in her wildest dreams that she’d make it to 100. The Alexandrian has lived in the same house for more than 70 years, and on September 15, she celebrated the important milestone with her closest family members.

“I take each day one day at a time and enjoy each of them, because it very well could be my last day,” Samuels told ALXnow. “That’s the way I feel about life. And that’s the way I think like you should enjoy everything that God lets you see here.”

Samuels was born on September 15, 1920 in Charleston, South Carolina. The country was still feeling the aftereffects of World War I, Woodrow Wilson was finishing his last term in office and the 18th Amendment outlawing alcohol went into effect. She was raised in a family of 12 children, four of whom are still living.

“Today, which marks the occasion of this century celebration, is a special event for all of us,” Alexandria Mayor Justin Wilson wrote Samuels. 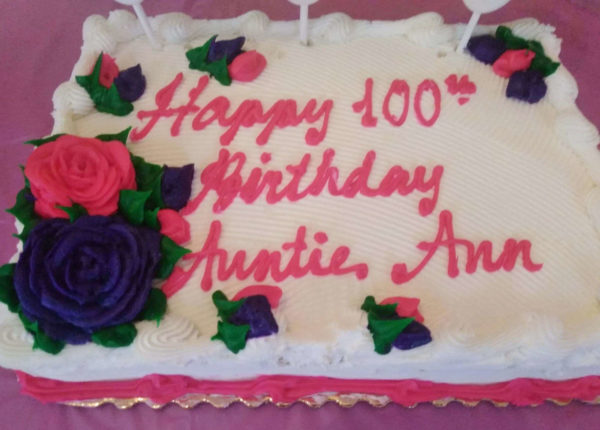 The celebration was small, but included her nieces and some neighbors.

“She’s a gentle general,” said Samuels’ niece Juanita Hampton. “But she gets respect for being the oldest sister.”

Samuels worked for Marriott for 45 years, and never had children. She never got into drinking or smoking, even though she attempted to fit in by trying smoking one time. She was married to Robert Samuels for more than 50 years until he passed away in 2006.

“Smoking was the popular thing to do, and I tried it once, but it didn’t work for me,” she said. “I never in my wildest dreams, but somewhere along the way I figured I did something right.”

Samuels has a simple philosophy, to enjoy every day like it’s her last.